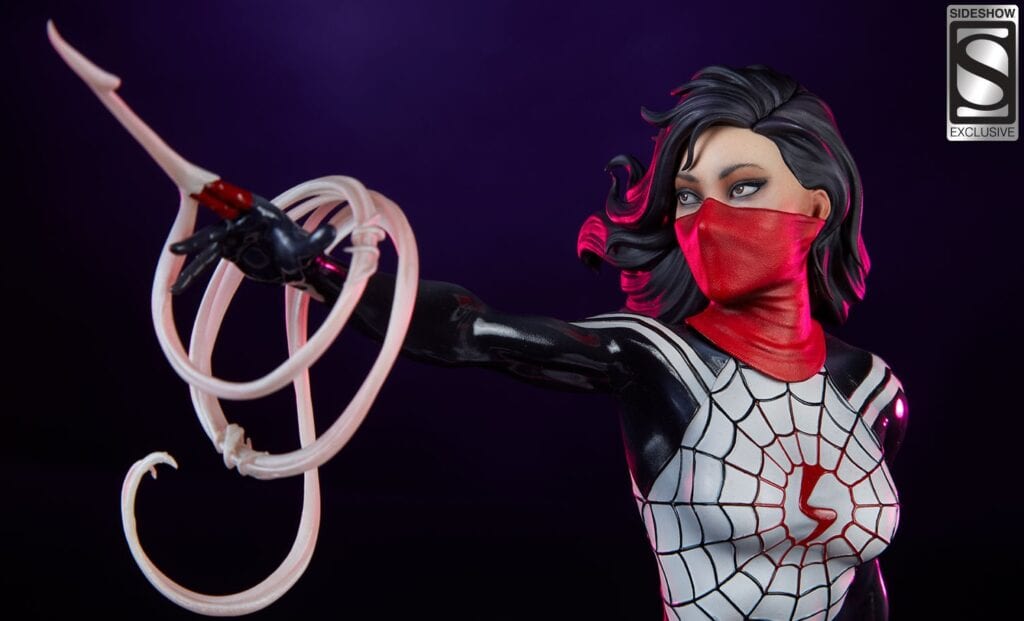 Now is an amazing time to be a collectible statue collector, especially if you are a Marvel fan. Collectibles company Sideshow has revealed the newest entry in its Mark Brooks Spider-Verse Collection – Silk. Originally making her debut in The Amazing Spider-Man comics, Cindy Moon – AKA Silk – is the second victim of the same spider that bit Peter Parker and give him his special powers. Cindy gains similar abilities, with the addition of the ability to create organic webbing. Unfortunately Cindy is unable to control her powers, and gets imprisoned before Spider-Man later shows up and breaks her out. 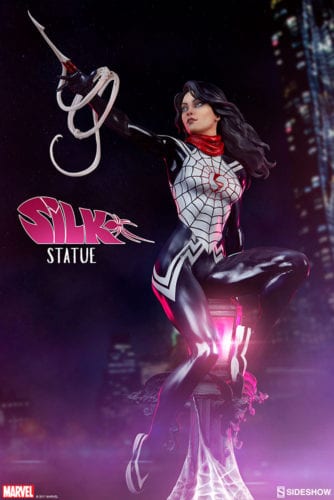 Designed by Mark Brooks, the polyresin Silk statue measures in at 15.5″ tall, featuring the heroine sitting atop a New York lamppost base wrapped with webbing. With her hand gripping a spiral of organic webs, it appears that Silk is ready to swing into a new adventure. There are actually two different versions of the statue. The Collector edition – shown above – features an unmasked portrait with her iconic red mask around her neck. The Exclusive edition of the statue includes a swap-out portrait that features a different hairstyle, with her red mask drawn up about the lower half of her face. Check out the gallery below for a better look:

The Silk statue is the perfect addition to the rest of the Mark Brooks Spider-Verse Collection, which includes both Spider-Man and Spider-Gwen. Pre-orders have begun for the Silk statue, which runs for $415 for the Collector edition and $425 for the Exclusive edition.

You can pre-order this beauty right here!

The full artist credits for the Silk statue can be found below:

So, thoughts on the Silk statue? Plan on pre-ordering it? What other Spider-Verse characters would you like to see Mark Brooks immortalize? Let us know in the comments section below, and as always, stay tuned to Don’t Feed the Gamers for all the latest gaming and entertainment news! Don’t forget to follow DFTG on Twitter for our 24/7 news feed! 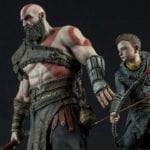 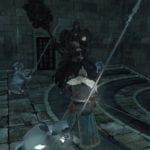