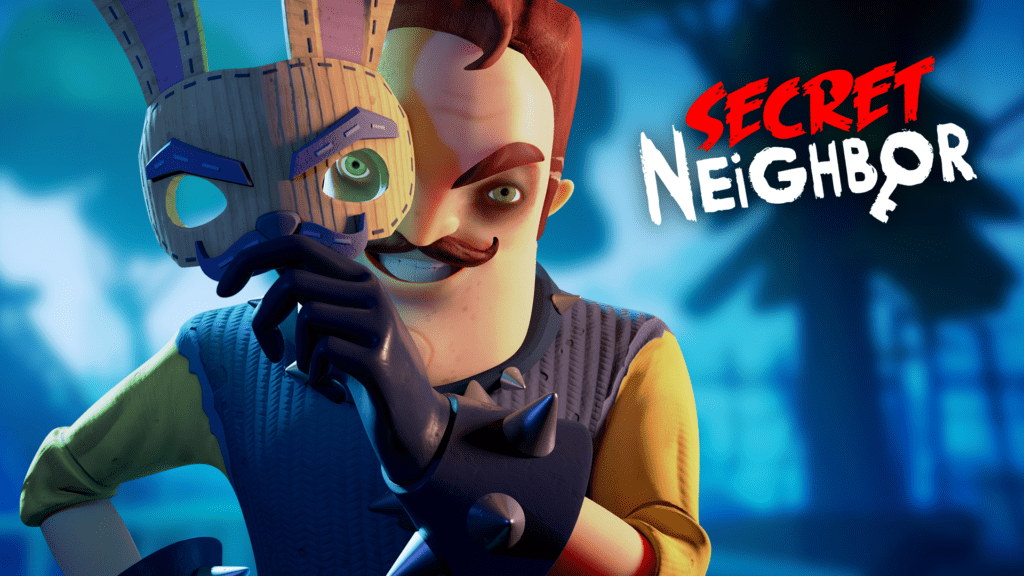 Secret Neighbor, the horror survival multiplayer game that released in 2019 following the hit title Secret Neighbor, is coming to Nintendo Switch, PS4, and iOS. With “very positive” reviews on Steam, it was time for TinyBuild Games to make it accessible on other platforms.

Secret Neighbor is a multiplayer horror game “where a group of intruders try to rescue their friend from the Neighbor’s creepy basement. Only problem is one of the intruders is the Neighbor in disguise.” The game takes place between Act 1 and 2 or the original game, Hello Neighbor, where six players sneak into a house to break into the basement and one of them will be actively working against them. Check out the trailer below:

If you’ve never heard of this game, then think of it like Among Us. As the neighbor attempting to foil the kids’ plans, you will choose from various classes to disguise yourself in plain sight. Throughout the duration of the game, you’ll utilize gadgets, traps, and secret control room to lure the other players from the main objective. The other players, the intruders, are on the search for a missing friend and they believe he is trapped in their neighbor’s basement. To see if their hunch is right, they infiltrate the basement in hopes of finding their comrade!

Call Of Duty: Warzone's Zombies Have Shambled To Verdansk's Bank