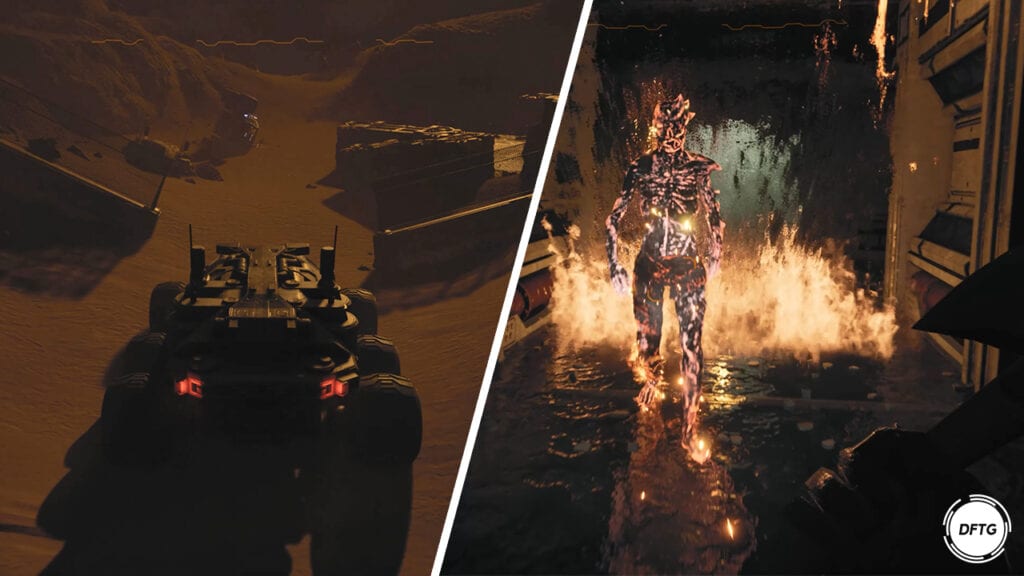 Developer TeamKill Media has looked to have quite the terrifying shooter on its hands with Quantum Error, with most of the “cosmic horror” game’s trailers teasing the spine-chilling ordeal ahead. However, since being announced last year, a limited look at the title has been issued so far, with flashes of intense gameplay largely lasting for a few minutes at a time. Now, a much more substantial look at Quantum Error has been unveiled, showing off an extended peek at exploration and combat.

Rolled out as part of the recent Future Games Show proceedings, over 18 minutes of gameplay was revealed by TeamKill Media, offering the biggest showcase for the game thus far. Throughout the runtime, player character Jacob can be seen exploring a darkly-lit facility, encountering no shortages of grotesque homicidal monsters. However, mid-way through the video sees a blustery change in scenery as the hero navigates a stormy alien surface with a rover reminiscent of Mass Effect’s Mako. Check out the full gameplay below.

For those outside the know, Quantum Error follows firefighter Capt. Jacob Thomas as he and his team set off to put out the flames engulfing a “quantum” research facility. However, things get a bit hairy as the rescue mission “plummets into darkness” and Jacob discovers that “things are not as they appear,” as teased by the synopsis on the game’s website. Based on the above footage, this premise inevitably takes the form of a Dead Space/DOOM-esque shooter and introduces creatures of a terrifying variety.

Events clearly take off even further as TeamKill cites this latest gameplay actually takes place on another planet entirely; Jupiter “about half way through the game” as per the video’s description. All the footage from this new gameplay is also stated to be a work-in-progress and “is subject to change and improve” before the final release. Besides the aforementioned premise, not much else about the story of Quantum Error has been announced yet, but more is expected to be revealed in the coming months.

What do you think? Are you loving how Quantum Error is coming together, or are you more interested to see story stuff in the near future? Let us know in the comments below and be sure to follow Don’t Feed the Gamers on Twitter and Facebook to be informed of the latest gaming and entertainment news 24 hours a day! For more headlines recently featured on DFTG, check out these next few news stories:

Next Hideo Kojima Game Might Be Announced "Quite Soon" (VIDEO)