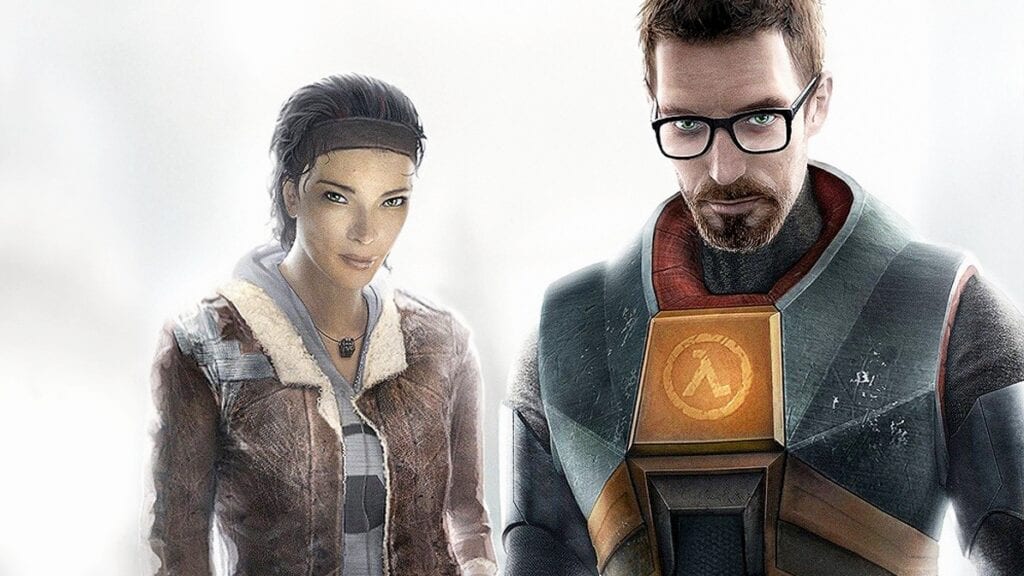 Half-Life and its sequel are considered to be among two of the most well received games of all time, its popularity being attributed to its mysterious science-fiction plot and polished first-person shooter gameplay. A third game to wrap up Half-Life 2‘s shocking cliffhanger ending seemed like it would be no-brainer decision, but a quiet cancellation and the recent retirement of longtime story writer Marc Laidlaw have all but destroyed any hopes of resolution. Now it seems fans finally can get some closure, as Laidlaw himself has posted on his blog what appears to be an outline for what Half-Life 3 could have been.

Posting on his Twitter recently, the former Valve writer shared a link to his personal website where a fictional message can be viewed. The text seemingly details the events of Half-Life 3 except with with several recognizable names, places, and objects thinly-veiled behind obvious placeholder words.

The message in question tells the long-hidden story from the perspective of “Gertie Fremont”, a replacement name to the series’ glasses-sporting protagonist Dr. Gordon Freeman. The character of Fremont is said to have been keeping their last adventure (“Epistle 3”) a secret for a while, but due to a recent “change in [their] circumstances,” is ready to to explain the tale in the form of a brief synopsis.

As players know from the closing moments of Half-Life 2: Episode 2, the character of Eli Vance (“Elly Vaunt”) met his end just as Freeman and Alyx Vance (“Alex Vaunt”) discover the whereabouts of the mysterious vessel the Borealis (“Hyperborea”). According to the message, the new “Epistle” was to begin as Eli is buried and the team continue the plan to reach the Borealis‘ location, which is revealed to be in Antarctica. What to do with the contents the ship would become a point of contention, as one side would want to use it against the Combine (“Disparate”), and the other would choose to destroy it, as it was too dangerous to be left not blown up. 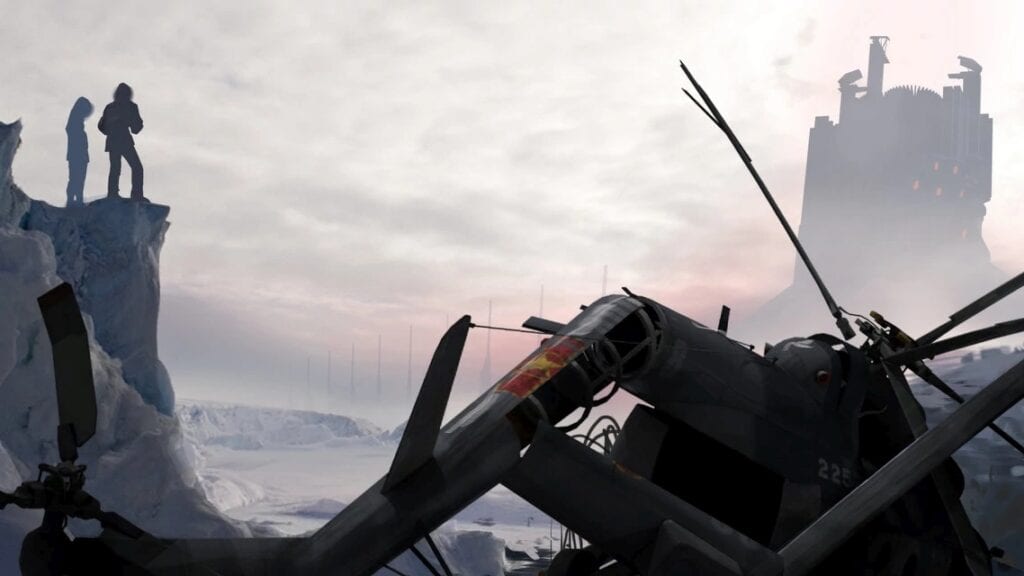 Upon arriving to the Borealis coordinates, it’s said that the ship is already in Combine possession, but would prove very difficult to study due to the vessel randomly “phasing in and out of existence.” After taking out a few surrounding guards, Alyx and Freeman figured leaping aboard the craft just as it briefly materialized would be enough to bring them along the teleporting journey, and sure enough, it worked.

The reality of the Borealis‘ disappearing act would be chalked up to a team of Aperture Scientists working on a machine (“Bootstrap Device”) to transport the large ship anywhere in the world. The arrival of the Combine would convince them to hurriedly activate it in desperation, with the remote continent of Antarctica as its intended destination. The Borealis would arrive at the proper place, but with the unexpected result of being stretched across space and time; existing in all time periods and none of them simultaneously. 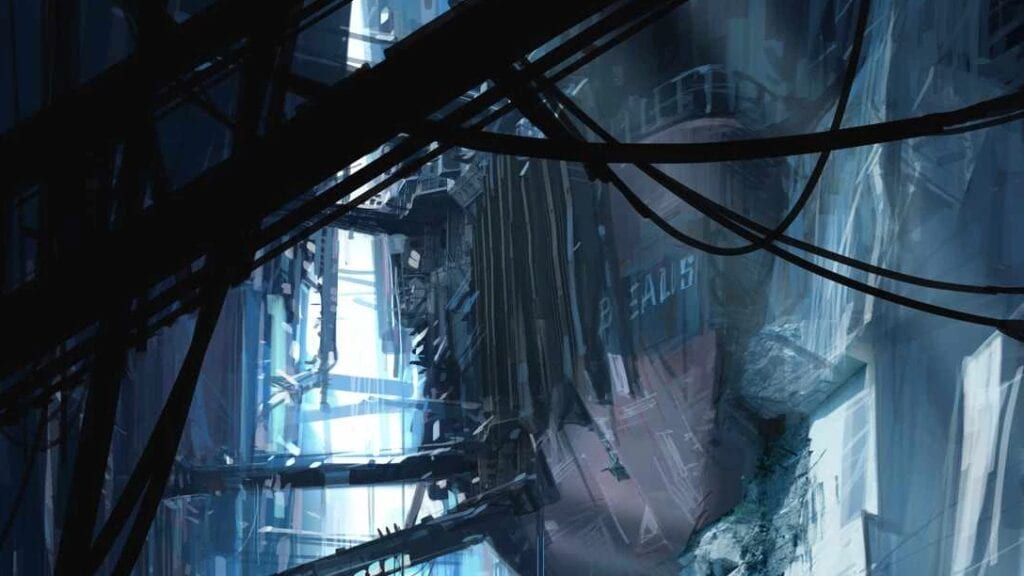 Amid some trippy time-travel visuals, Half-Life 3‘s choice of whether or not to save the Borealis would be decided, with Alyx Vance ultimately choosing the “destroy” route. She and Freeman come up with the plan to end the unstable ship by steering it the heart of the Combine’s command center. Just before making their sacrifice, who should arrive but the series’ reality-bending troll, the G-Man (“Mrs. X”).

The enigmatic suit would go on to rescue Alyx, but leave Freeman to his explosive demise. Just as he accepts his grim fate, a member of the equally strange race of Vortigaunts (“Ghastlyhaunts”) rescues Freeman as well, marking the end of Half-Life 3 before the “fireworks” begin. 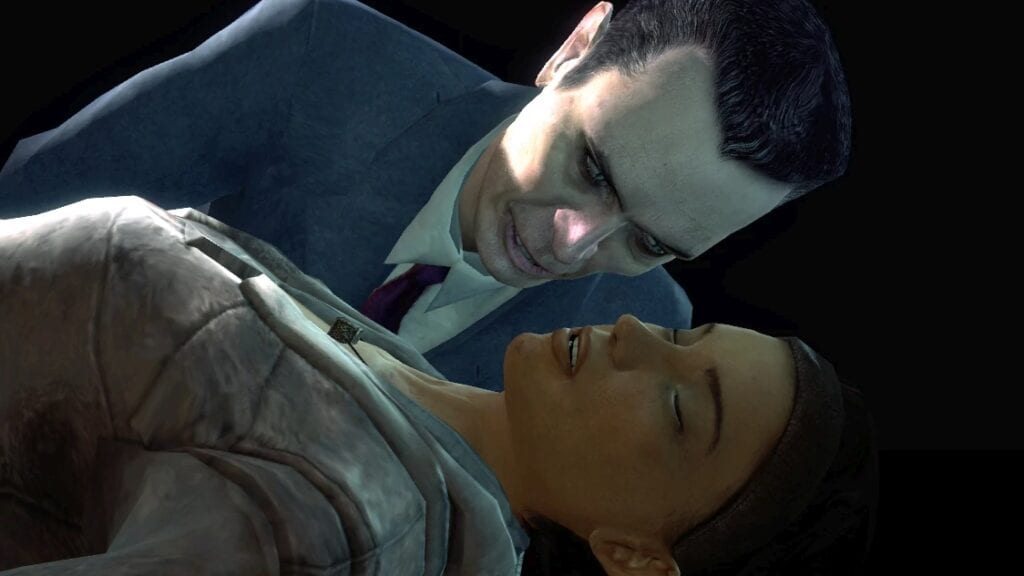 Laidlaw’s “Gertie Fremont” letter ends with gratitude that they were able to tell their story, and appreciation that “the spirit of rebellion still persists” within the resistance. It’s then stated that this will be the “final epistle” expressed by “Gertie,” promising no “further correspondence” regarding Half-Life 3. We strongly urge you to read the full post on Marc Laidlaw’s official website, which lays out way more story, including the fate of Dr. Judith Mossman (“Dr. Jerry Maas”) and the surprise reveal of Half-Life 2 villain Wallace Breen (“Wanda Bree”).

What do you think? Does this plot outline seem like a great story to end the Half-Life trilogy, or are you convinced it’s just an elaborate prank by the writer? Seriously, what is the deal with G-Man? Let us know (please) in the comments below and be sure to follow DFTG on the Twitter for the latest gaming and entertainment news 24 hours a day! 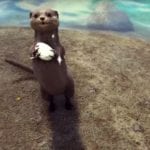 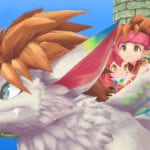