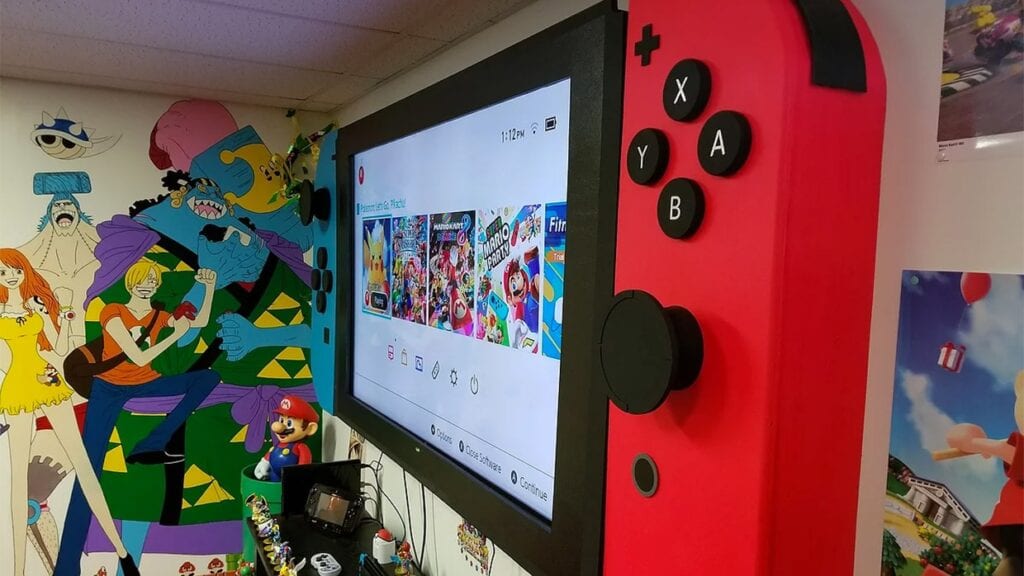 As there’s all sorts of collectibles out there, gamers are often on the hunt for the perfect eye-catching goodies to better trick out their game rooms. However, one more creatively-inclined Nintendo fan has taken it upon themself to craft their own, utilizing the look of Big N’s latest console to transform their TV into a huge Nintendo Switch.

The crafty fan known as suprman9 recently showcased their latest project: a TV cabinet replicating the look of Nintendo’s hybrid console. Their entire process from concept to realization is laid out via their website, revealing the numerous hurdles overcome in pursuing the final product. According to suprman9, plans initially called for either Game Boy or Nintendo 3DS-shaped designs, but neither turned out to be a viable fit. It wasn’t until realizing the potential of the Nintendo Switch until things really started to come together.

The idea of a Nintendo Switch hit me. The Switch was the perfect design because the center console looks like a miniature TV. Also, the Switch is the current console and has had some of my favorite games on it (Super Mario Odyssey & Breath of the Wild). I began to design the plans to make it.” 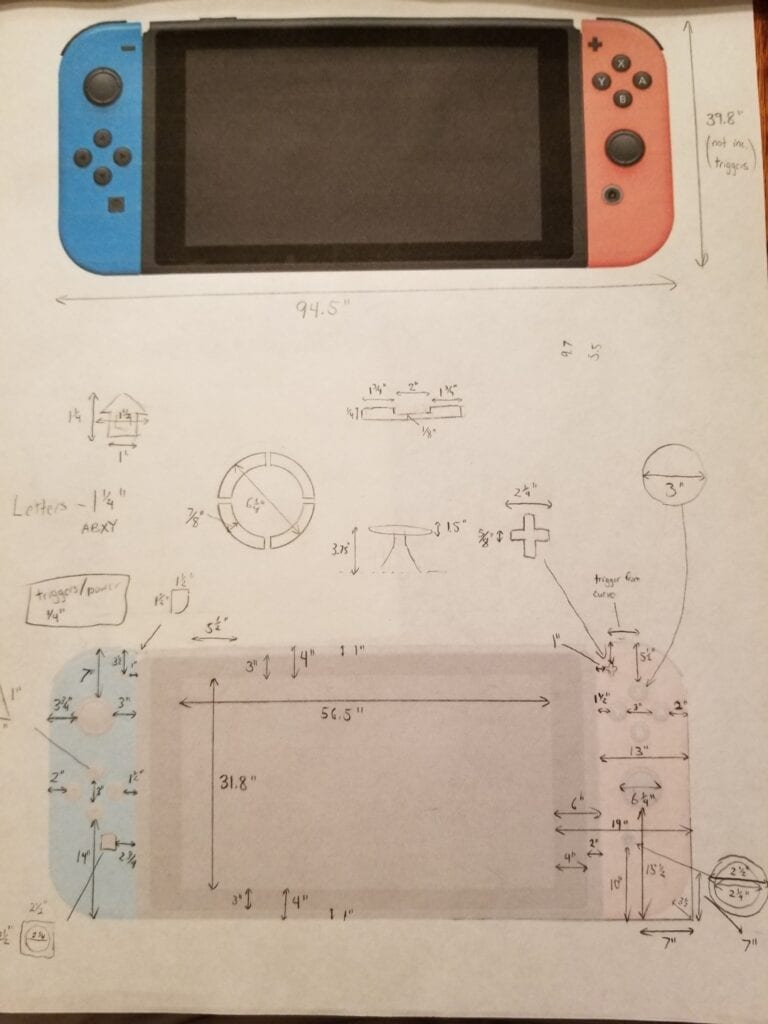 Following the planning stage, the actual work began. From a lone blueprint, suprman9 detailed how the super-Switch was assembled through varyingly difficult means. The Joy-Con cabinets’ curved design were said to be an early problem, as were recreating some of the controllers’ buttons and finer details. However, after extensive shopping around, a spiffy paint job, and some good ol’ imagination, the giant Nintendo Switch eventually took shape, making for an outstanding addition to suprman9’s bevy of gaming collectibles.

And finally… the finished design! I am super happy with the way it turned out! It is definitely the biggest eye-catcher when people enter the room!” 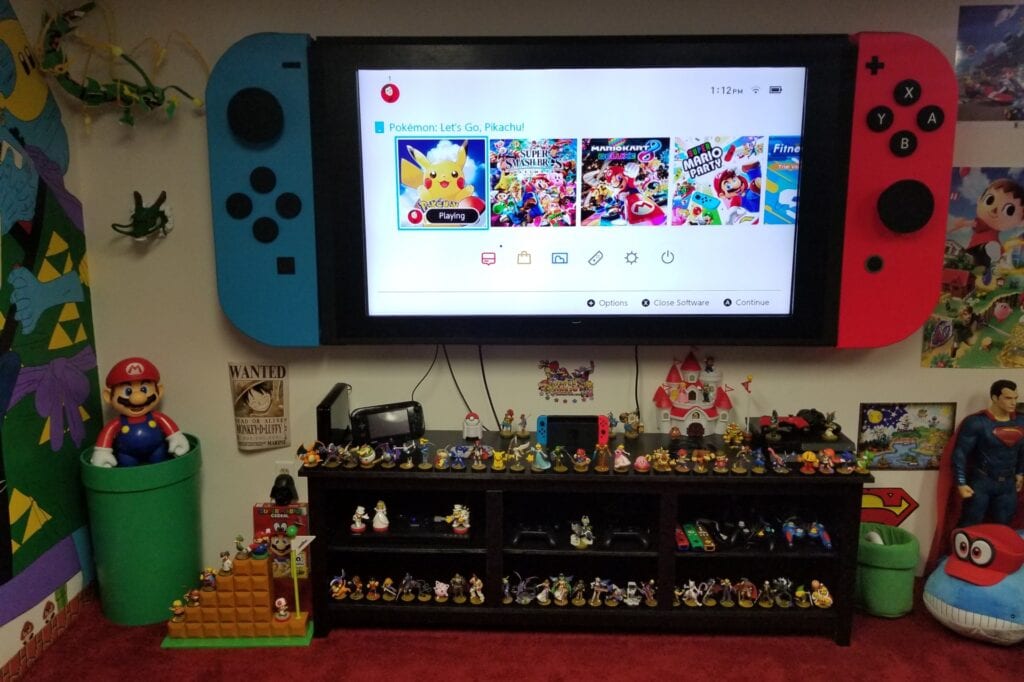 What do you think? Are you jealous of this super-huge Nintendo Switch, or are you just fine with the puny one you have now? Let us know in the comments below and be sure to follow Don’t Feed the Gamers on Twitter and Facebook to be informed of the latest gaming and entertainment news 24 hours a day! For more headlines recently featured on DFTG, check out these next few news stories: 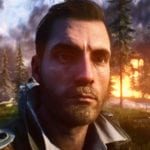 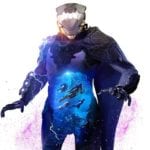