On HBO’s hit series, Game of Thrones, Daenerys Targaryen has been every expanding the reach of her rule the past few seasons. She freed the slaves of Meereen, rallied the Dothraki to her side, and even now makes the perilous journey to the Star Wars realm.  Now, the Mother of Dragons is venturing into yet another unclaimed kingdom, the world of premium lifelike-figurines. We now have confirmation of the future release of the Daenerys Targaryen Sideshow Collectibles sixth scale figure. The figure, which will be released sometime between August and October of 2017, is now available for pre-order on the Sideshow Collectibles website for a one-time payment of $169.99 or as low as $51 per month on the site’s payment program. 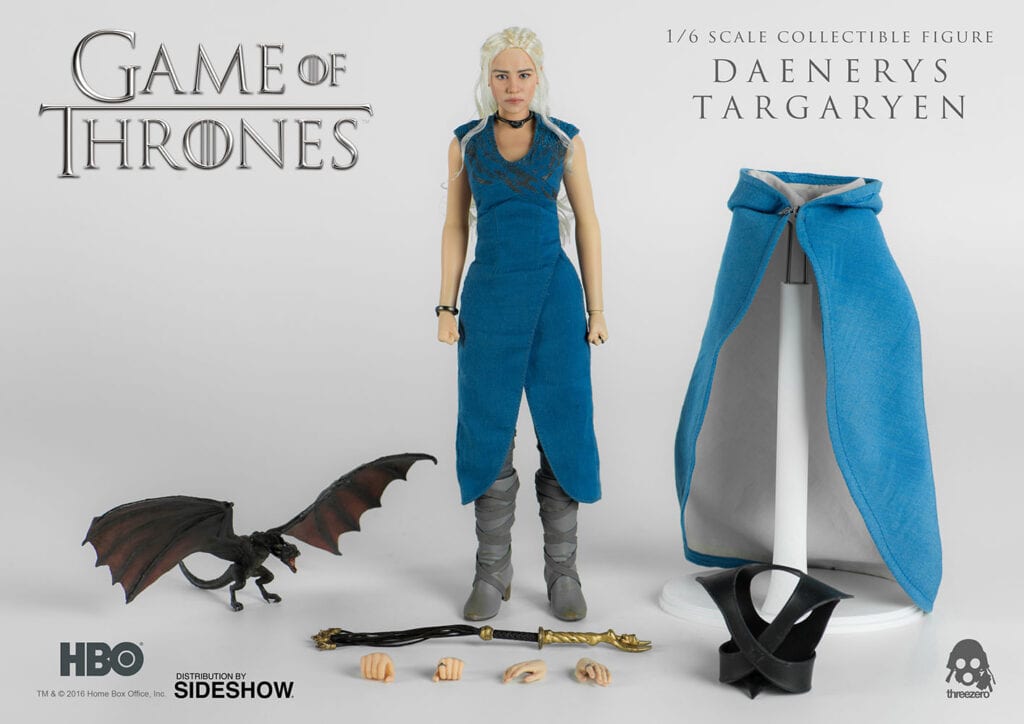 The figure is ten inches tall, and features Sideshow Collectibles figure mainstay qualities, such as interchangeable hands for holding accessories, soft PVC dermis skin and tailored clothing. Her signature platinum blonde hair is represented well in this figure’s rooted fabric hair. The figure comes in her blue outfit that Daenerys wore throughout season 4, which includes the removable blue cloak and tunic. The interchangeable hands include a pair of relaxed hands, fists and hands meant to grip accessories, such as her included Kraznys’ whip. There is also a well detailed resin Drogon figure, which shows the fire-breather in his infant form. 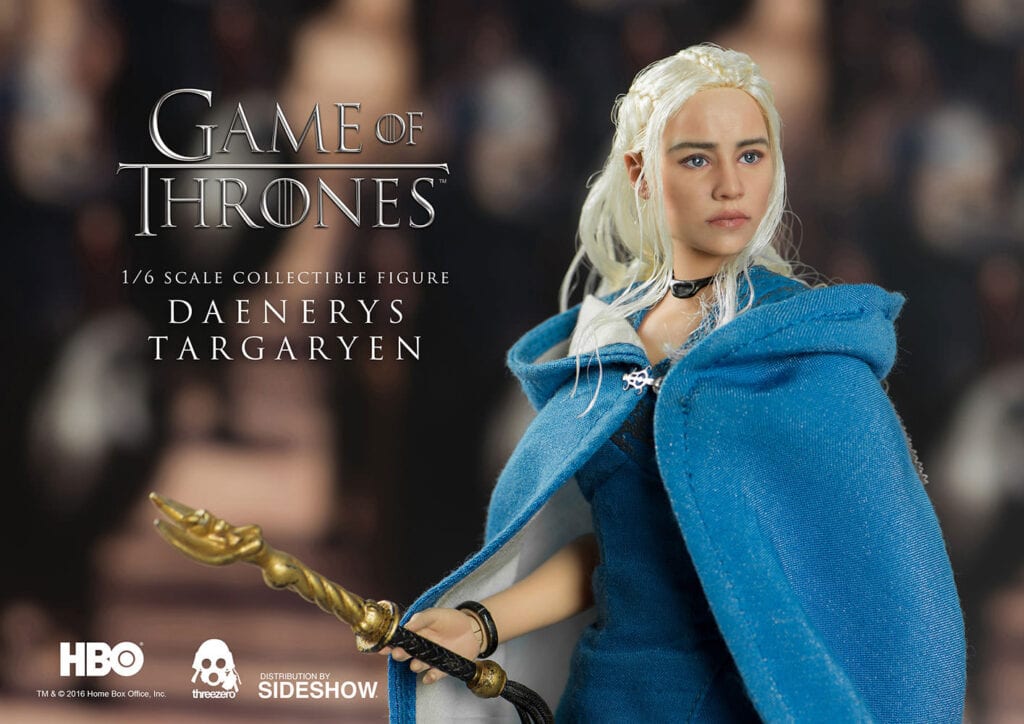 For Game of Thrones fans looking for companion figures, the site also has similar sixth scale figures of Sandor “The Hound” Clegane and Jamie “The Kingslayer” Lannister available for pre-order also. What do you guys think? Are you going to pre-order the Daenerys Targaryen Sideshow Collectibles figure? What Game of Thrones character would you like to see as a sixth scale figure? Let us know in the comments below! 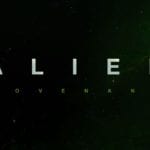