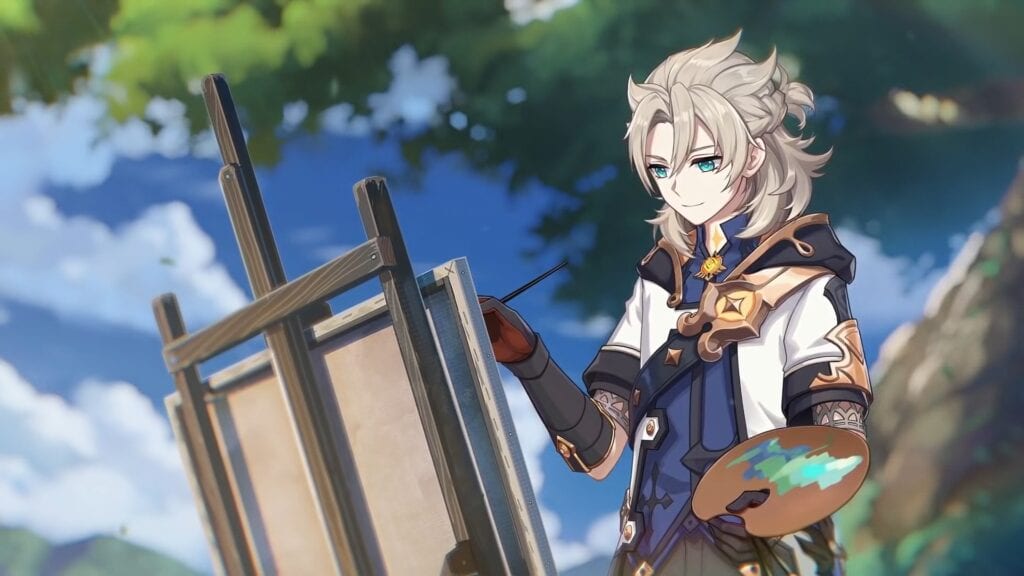 With the recent release of Genshin Impact Version 1.3, players of the popular gacha game are now enjoying slew of new content alongside the arrival of one of the most highly anticipated characters this year, Xiao. That doesn’t mean we should forget about the game’s previously released characters, though, and voice actor Khoi Dao is helping us out by revealing an interesting bit of info regarding his character, Albedo.

Genshin Impact voice actor Khoi Dao recently took to Twitter to offer up a wholesome fun fact regarding the character he plays, the Geo-based Albedo. According to Dao the original idle animation he recorded for Albedo actually featured humming, though it was later decided that such a thing didn’t really line up with the character.

fun fact: the very first line i recorded for albedo was his idle animation (where he sketches), and for my first take i hummed a little tune~ ✏️📒🎵

later we decided albedo probably wouldn’t do that. but somewhere out there is a sound file of albedo going “~hm🎵hmhm🎶hmm🎵☺️”

As one would expect, Genshin Impact players – particularly Albedo fans – when crazy at the idea of such a sound file existing out there, though Khoi Dao released a reply stating that he doesn’t have the file. “Guys I do not have the file and I could not reveal it if I did,” Dao said. “You’ll have to use your imagination or find the secret mountain vault where it is being kept under heavy guard.” It sounds like we won’t get to hear the file anytime soon, but at least we can imagine it right?

Genshin Impact is currently available for PC, PS4, and Android & iOS devices. The game will be releasing on Nintendo Switch later this year.

Thoughts on the reveal from Albedo’s voice actor? Let us know in the comments section below, and as always, stay tuned to Don’t Feed the Gamers for all the latest gaming and entertainment news! Don’t forget to follow DFTG on Twitter for our 24/7 news feed!