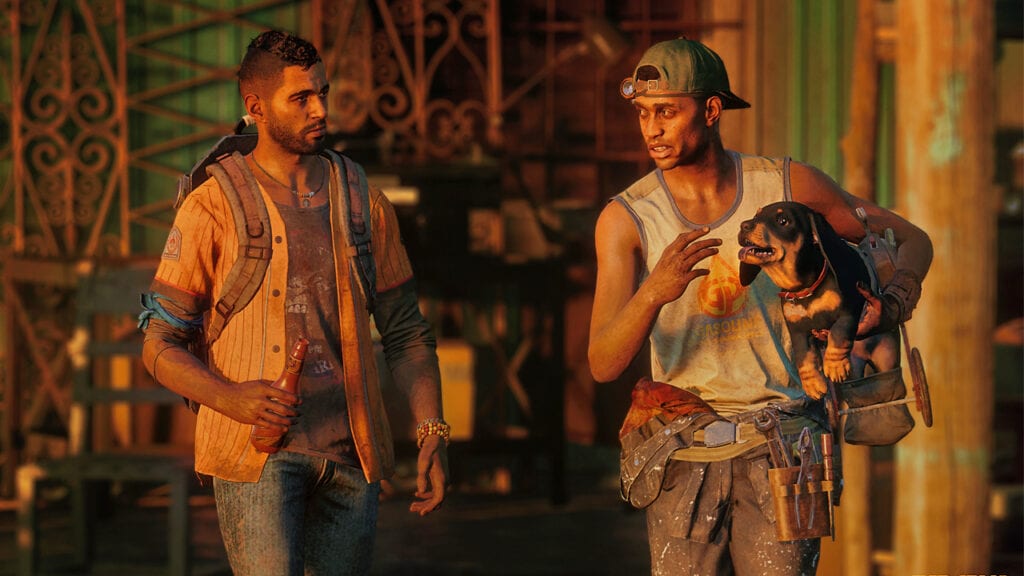 The immensely intense trailer for Far Cry 6 was only recently revealed at Ubisoft Forward, introducing players to the game’s violent antagonist played by Giancarlo Esposito. Establishing the Breaking Bad actor as the merciless President Anton Castillo of the fictional island of Yara, the game puts players in the midst of a revolution to take down this iron-fisted regime. Following its initial showcase, Ubisoft has now revealed a number of interesting gameplay details regarding the upcoming title.

As revealed on the developer’s official website, the main character for Far Cry 6 is named Dani Rojas, a freedom fighter aiming to “stoke the fires of revolution through guerrilla warfare across the island of Yara.” Playable as male or female, the character will see players explore everything from dense jungles to the capital city of Esperanza, utilizing “a powerful array of weapons and vehicles” as well as “a network of allies” to effectively take El Presidente down. One of these more notable allies includes “Fangs for Hire” such as Chorizo, a “dangerously distracting” wiener dog who is almost sure to develop a following based on his doggo adorableness alone.

What’s a rebellion without a best friend? Pre-Order #FarCry6 today to take down El Presidente with Chorizo.

All in all, equipping numerous weapons, exploring remote jungles, and establishing allies seems very much standard for a Far Cry game. However, this new Cuba-inspired setting will undoubtedly introduce more than a few new elements to differentiate it from the rest of the franchise, with acting talents like Giancarlo Esposito and the ability to play as a male or female character being particularly exciting inclusions. More will likely be revealed in the months leading up to release day, which is slated to happen early next year.

What do you think? Are you excited to learn more about Far Cry 6, or were you successfully distracted by the “dangerous” wiener dog might of Chorizo? Let us know in the comments below and be sure to follow Don’t Feed the Gamers on Twitter and Facebook to be informed of the latest gaming and entertainment news 24 hours a day! For more headlines recently featured on DFTG, check out these next few news stories: