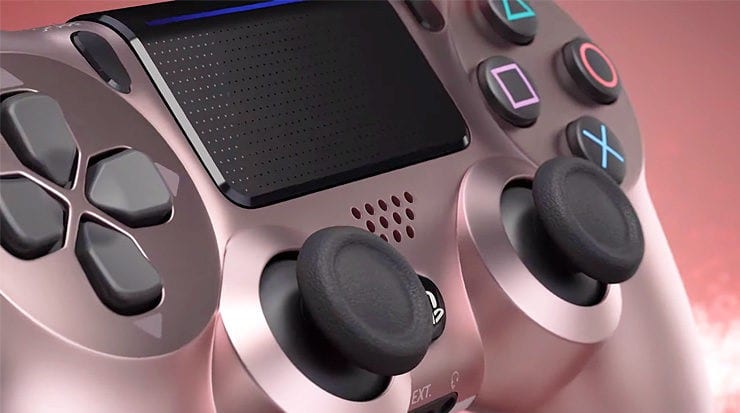 Sony is at it again, busting out yet another batch of colorful new DualShock 4 controllers for PlayStation owners to feast their eyes on. The bar was set fairly high by Sony earlier this year with its reveal of the impressive Alpine Green controller, though said bar appears to be getting raised only higher still with the release of four new controllers: the solid colored Electric Purple and Titanium Blue, as well as the fancier Red Camouflage and Rose Gold. Check out the reveal trailer for the new DualShock 4 controllers below:

Rose Gold is by far the most impressive of the four (depending on style preference), featuring a metallic gold look on the front and a rose backside. Those looking forward to the Rose Gold controller have even more to be excited for, as Sony has also announced that the color scheme will also be available on a matching headset that will be released later this year. Check out the exclusive trailer for the Rose Gold collection below:

All four color schemes are slated to release in Fall 2019, though no other details have yet to be released at this time. The only given at this point is that each controller will feature the same time tested DualShock 4 features we’ve come to appreciate since the release of the PlayStation 4.

So, thoughts on the new color schemes? Which controller is your favorite? Let us know in the comments section below, and as always, stay tuned to Don’t Feed the Gamers for all the latest gaming and entertainment news! Don’t forget to follow DFTG on Twitter for our 24/7 news feed! 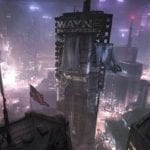 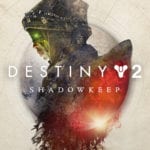