The usual solo offerings of the Fallout universe were given the multiplayer treatment last year with Fallout 76, the title’s lead-up peppered with plenty of anticipation regarding the possibilities of a West Virginian wasteland. Unfortunately, the experience wasn’t what gamers were expecting, and though we at DFTG certainly found favor with it, many were put off by its glitch-ridden launch and a particularly messy collector’s edition switcheroo.

As revealed a a recent IGN interview, Bethesda director Todd Howard spoke about the woes experienced by Fallout 76, acknowledging the game’s poor reception, and going as far as to validate the criticism attached to it. “We knew we were going to have a lot of bumps,” Howard explained, “We were ready for…a lot of those difficulties that ended up on the screen. We knew, hey look, this is not the type of game that people are used to from us and we’re going to get some criticism on it. A lot of that is very well-deserved criticism.”

I don’t always like the grammar or adjectives they use. I think the intent–even a very mean-spirited comment from a fan–I think the intent behind that is actually well-meaning. They love these games and they’re super-important to them.”

As for what Bethesda could’ve done differently for the launch of Fallout 76, Howard thinks the game would’ve done well with more beta testing beforehand, admitting, “You’ve got to let it bake with a large live audience for longer than we did. There are just certain things you can never see until it’s running 24/7 for a number of months.” Pre-release programs such as Steam Early Access and Xbox Game Preview were thrown out as would-be alternatives, with Howard suggesting the nifty idea of a beta specifically for Fallout 4 players that “would’ve made a world of difference in how the game hit on day one.”

As hype has undeniably dipped since Fallout 76 debuted, Todd Howard was asked whether players’ strained enthusiasm could’ve negatively effected the Fallout brand, or even Bethesda in general. “I’m sure it’s had some,” he answered. “It would be naive to say it’s had zero. But I think if people come to the game now and see what’s going on there, I thing they’ll be surprised. I’m really, really proud of what everybody’s done on the game.”

What do you think? Do you feel Bethesda could’ve corrected the launch of Fallout 76, or was there no way to avoid such a situation? How do you feel about the current state of game? Let us know in the comments below and be sure to follow Don’t Feed the Gamers on Twitter and Facebook to be informed of the latest gaming and entertainment news 24 hours a day! For more headlines recently featured on DFTG, check out these next few news stories: 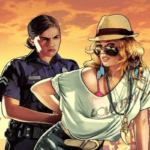 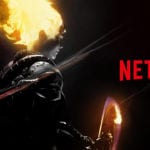