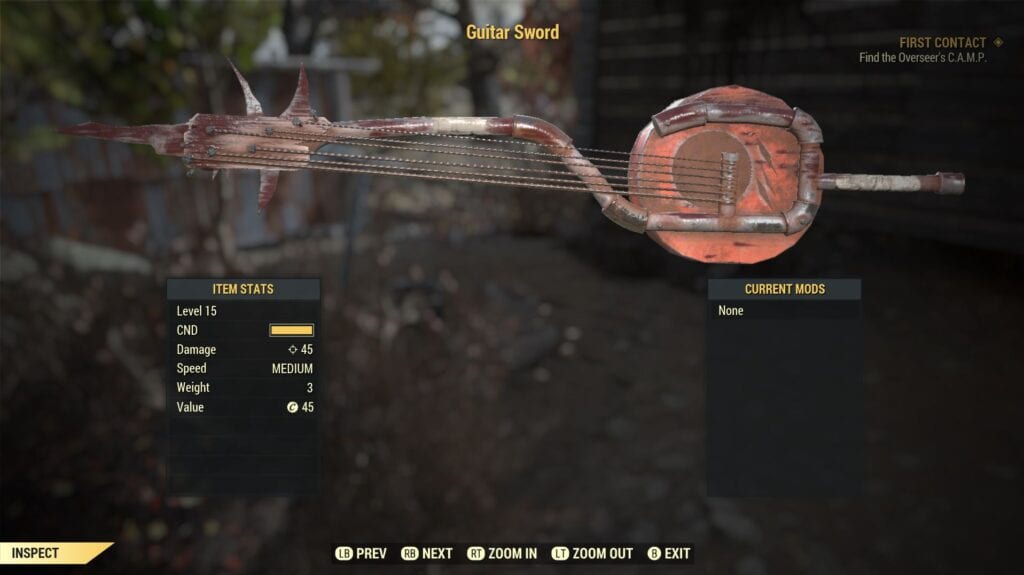 Fallout 76 arrives in almost two months, and the game certainly seems to be bringing both many familiar aspects of the franchise, as well as new ambitious features. While the game will never support offline play like Fallout 3, 4 or New Vegas, it will focus on survival, crafting and exploration like these revered titles. Pieces of iconic Fallout Gear are also returning, like the Pip-Boy and Power Armor. However, the game will also feature many new items as well, including a weapon that looks like it may shred notes as well as it does mutant creatures. Bethesda has now revealed a new Fallout 76 guitar sword that will be in the new game.

How does Appalachia differ from the Commonwealth or Capital Wasteland? It starts with a Guitar Sword. #Fallout76 pic.twitter.com/6PKTyHwREy

Bethesda recently revealed the new weapon in a tweet on the official Fallout Twitter account. The phot of the weapon shows that it is a level 15 item, and in true Fallout fashion, it seems to be constructed of scrap materials, rather than being made from a pre-existing guitar. The guitar sword is a level 15 item, and boasts sharp, jagged blades protruding from its head. There’s no word yet if the guitar can be played, but it would definitely be a great way for musically inclined players to show their love for music with their visual style. 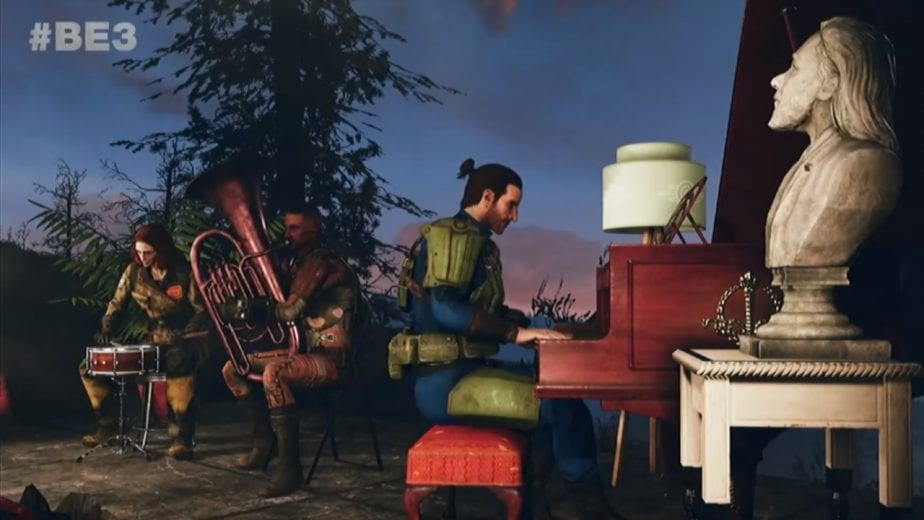 According to the tweet, this weapon’s existence seems to help highlight the difference between the more rustic feel that Appalachia will exhibit when compared to previous Fallout locales. Also, the guitar sword in some ways pays homage to other post apocalyptic franchises that have featured guitar players, including Mad Max and The Last of Us. Hopefully the guitar sword lets music lovers express their love for West Virginia with the classic song when Fallout 76 launches.

What do you guys think about the new Fallout 76 guitar sword? Let us know in the comments below! Be sure to stay tuned for the latest Fallout 76 news, such as the new details about looting, bonuses and team XP in the game, here on Don’t Feed the Gamers! Follow us on Twitter to see our updates the minute they go live! 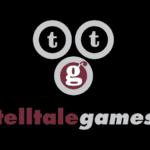 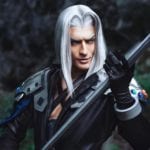