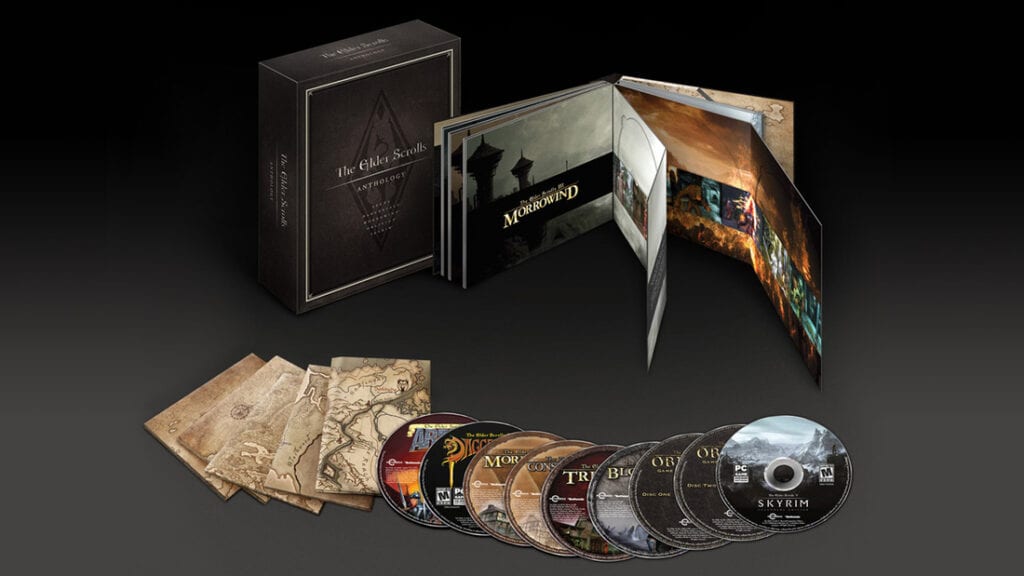 Just a few nights ago, Imgur user Velorok was sitting quietly at his desk playing Prey on his PC, when all of a sudden a bullet came bursting through the drywall of his apartment. In a strange twist of fate, the bullet that minimally would have given him an ‘arrow to the knee’ story was stopped by his copy of The Elder Scrolls anthology, potentially saving his life. Though the police had already arrived and taken in the bullet as evidence, Velorok took pictures of the damage to his drywall and his Elder Scrolls anthology collection which can be seen on his Imgur gallery here.

According to Velorok, the life-saving collection of games was sitting on his desk to the left of his monitor. The bullet entered his apartment through the drywall, plunged itself into his Elder Scrolls anthology, and wedged itself in between two Morrowind expansions. Both his copy of Morrowind and the two expansions were, of course, destroyed. Thankfully, his copy of Oblivion was spared the same fate as it was nestled safely in the disc drive of his PC. 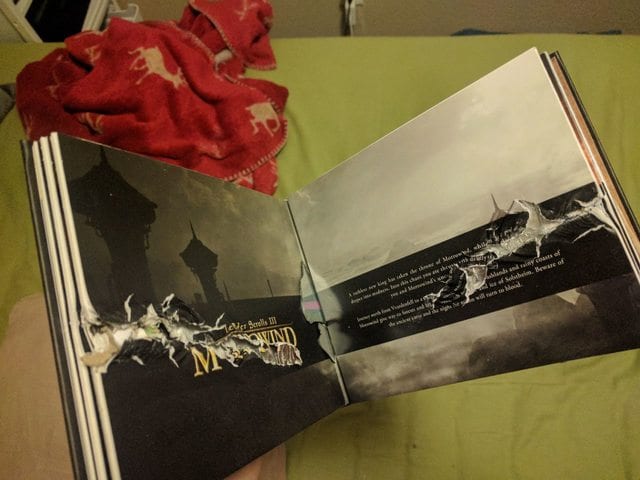 While it is currently unknown where the bullet came from, Velorak and his roommates speculate that it may have come from a neighboring apartment which is apparently housed by people who occasionally fight and argue. According to Velorak, his neighbors fighting is a ‘usual’ occurrence for them, so it is possible that things got way out of hand. Thankfully, it appears that a happy ending is in store for him in regards to his late copy of the Elder Scrolls anthology. Bethesda reached out to him and offered to replace his copy of the game collection which he has graciously accepted. If there’s a moral to this story, it is that if you have something expensive from Bethesda, keep it close to you because it may someday save your life. Personally, that is all the more reason for me to continue to keep my Alduin statue close to my desk. No, I’m not kidding.

So, thoughts on the story? What gaming-related item do you keep close to your desk, if any? Let us know in the comments section below and, as always, stay tuned to DFTG for all the latest gaming and entertainment news! Don’t forget to follow us on Twitter for our 24/7 news feed! 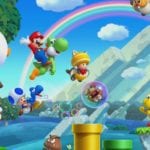 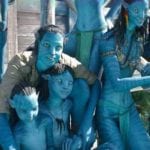