Earlier this year, publisher Bandai Namco announced an all new RPG in the works, one that would follow the epic journey of famed Dragon Ball protagonist Goku. Called “Dragon Ball Project Z,” it’s first trailer promised quite the time for fans of the franchise, allowing them to relive each battle from the perspective of the universe’s most powerful Saiyan. Now that E3 is upon us, the game’s final name has now been revealed as Dragon Ball Z: Kakarot, this news coinciding with an all-new trailer.

As seen in the debuting footage, Goku is seen reenacting all of his biggest and most exciting adventures thus far. We see scenes from the original Saiyan Saga, battling with Vegeta in his massive Great Ape form, as well as the hero’s lengthy planet-ending battle with Freiza from the Saga of the same name. Between all this iconic imagery, several instances of gameplay are featured, giving future players a peek at the third-person brawls ahead of them. Check out the trailer below.

Dragon Ball Z: Kakarot is set to release for PC, PlayStation 4, and Xbox One sometime during the release window of Early 2020.

What do you think? Are you unable to contain your excitement for these recreated Dragon Ball Z adventures, or were you hoping to see a more original game such as Dragon Ball FighterZ instead? Let us know in the comments below and be sure to follow Don’t Feed the Gamers on Twitter and Facebook to be informed of the latest gaming and entertainment news 24 hours a day! For more headlines recently featured on DFTG, check out these next few news stories: 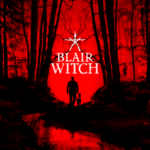 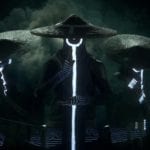