Since the dawn of time, life itself has been impatient. Whether you are prepared or not, it waits for no one. We do our best to learn how to be patient and calm, but sometimes life does not agree with such a plan. Homefront: The Revolution publisher Deep Silver has been given a masterclass, of sorts, in patience after experiencing a plethora of negative reviews when the game launched. They aren’t the first to run into this problem, however, they certainly won’t be the last.

“We’re getting a lot of positive feedback compared to when we launched, so timing was probably the biggest lesson we have learnt there.”

In a recent discussion with MCV, Deep Silver global brand and marketing director Paul Nicholls made mention of why Homefront: The Revolution was unsuccessful at launch. The open-world FPS struggled when it was released back in May of 2016, primarily due to performance issues. These performance issues undoubtedly stemmed from releasing the game too early. Nicholls said, ““You can see in the market at the moment, quality is absolutely king and some big IPs have struggling figures at the moment. We learnt a lot of lessons about what to do going forward. Not just the quality of the product, but when we launch as well.” He’s not wrong. As it is with most things, timing is key.

This seems to be the trend lately with games, their developers, and their publishers. Get the game out now and worry about the bugs later. Sure, gamers want to play the newest, greatest game right this second, but they also want a product that is going to work once they get it. If part of the industry continues on with this practice, they’ll begin losing consumers and lose credibility, which nobody wants. We all just want to play games and be happy. Speaking of happy, things have been turning around for the Homefront: The Revolution team. According to Nicholls, “We’re getting a lot of positive feedback compared to when we launched, so timing was probably the biggest lesson we have learnt there.”

What say you, gamers? Were you present in the beginning of Homefront: The Revolution’s launch? How bad was it? Has it gotten better? What do you think about the growing trend of releasing games as soon as possible, and then dealing with the backlash? Sound off in the comments down below! Speaking of rough starts, have you seen that The Division’s latest patch has helped bring back a chunk of audience that it had once lost? It’s always great seeing developers responding to the gamers with action, and actually improving the games we all love. For more lovely gaming news, keep that tab open to Don’t Feed the Gamers because we like to write you lovely worded letters, complete with photos, gifs, and quotes, and disguise it all as news. 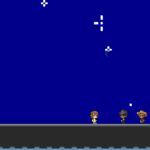 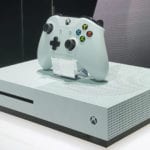