PowerA is a company that brings fans controllers and accessories for platforms like Xbox One, PlayStation 4, and Nintendo Switch, with each themed around various franchises such as Pokémon or Animal Crossing. As of late, the company has also broken into dealing with Xbox Series X/S and PlayStation 5, allowing fans options when giving gifts to the gamers in their life. Recently, the company began looking to bring even more amazing designs to their lineup, including a Cuphead variant for both Xbox One and Nintendo Switch.

Currently, fans can pick up the PowerA Cuphead controller for the Nintendo Switch, which features all the goodies that come with an officially licensed Switch device – including motion controls, mappable buttons, and much more. The controller is tied together nicely with the wonderful art style of Cuphead as a theme, featuring Cuphead himself on the left-hand side alongside set of explosions and colored buttons. Fans on the Xbox are getting a similar controller as well, featuring the same aesthetic albeit with a wired-only design. Both versions of the controller feature two “Advanced Gaming Buttons” that enable button mapping as well as a 2-year limited warranty. Either one of these gorgeous looking controllers would make for an excellent Christmas gift for any gamer.

Cuphead is currently available for PC, Xbox One, PlayStation 4, and Nintendo Switch. The controllers themselves are only set to be made for Xbox One and Nintendo Switch as the moment but perhaps the design will also make its way over to the PlayStation 4 at some point. Fans can currently pick up the Nintendo Switch controller for $49.99 though the Xbox One version is currently available only as a pre-order for $24.99. Let us know your thoughts on the PowerA Cuphead controllers and more in the comments section below. As always, don’t forget to follow Don’t Feed the Gamers on Twitter for 24/7 coverage of all things gaming and entertainment. 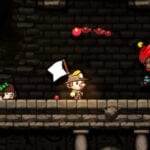