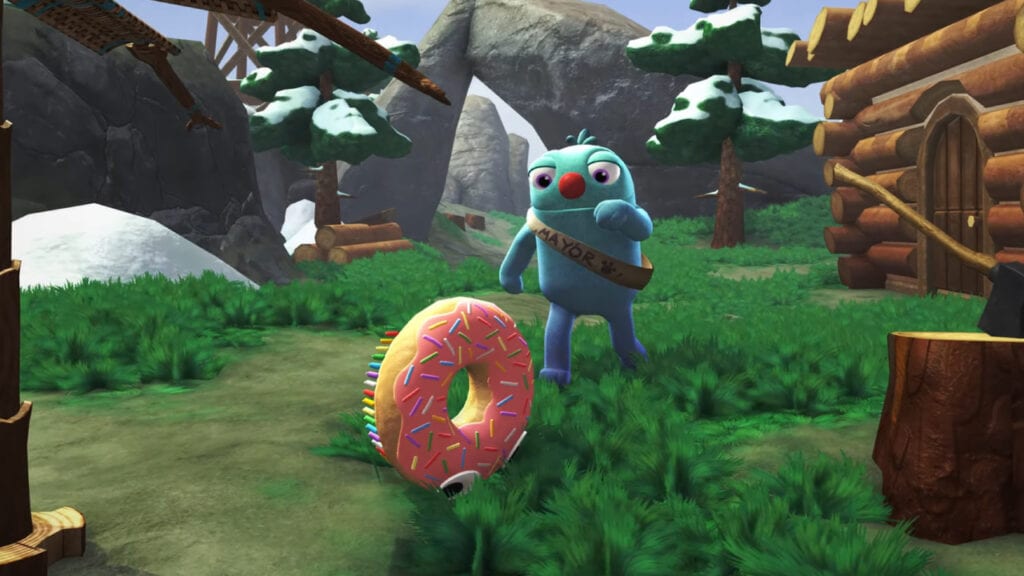 While not one of the most dazzling games offered by next-generation consoles, Young Horses’ Bugsnax has nonetheless become a standout for its colorful atmosphere and bizarre central premise of food-animal hybrids. The past few months of gameplay showcases and the premiere of an immensely-catchy theme song has only hinted at the game’s snack-trapping and investigative storyline, though fans are about to finally get their hands on the title alongside the next-gen launch of Sony’s PlayStation 5.

Though the game is largely considered an internet meme, Bugsnax also appears to present a fun and humorous world filled with interesting foodstuff creatures, and fans are surely wondering how the game might stack up on current and next-gen systems. Well, according to recent reviews, Bugsnax doesn’t appear to be the deepest of adventure titles, with several outlets expressing varying disappointment regarding its core capturing gameplay. However, most are in general agreement about the game’s story, which is referred to as a strange and genuinely upbeat tale that will likely go over well with children of all ages.

“Young Horses has created a silly but heartfelt story and adventure game, but the creature-capturing gameplay never really hits its stride.“

“It’s got well-observed characters and some genuinely weird moments, but the actual bug hunting isn’t much fun.“

“Ultimately, it’s that modern-day Mr. Rogers moralism that saves Bugsnax in the end. I’d happily recommend it to any family, and to any parent looking for a few hours to themselves — either in front of the screen for a bit of casual gameplay, or in the next room while the kids enjoy it all on their own.“

“Bugsnax is an odd and wacky experience that’ll be remembered as the black swan of the PS5 launch lineup, in the best way possible. It highlights PlayStation’s commitment to having a diverse catalog of games at the PS5 launch, and with Bugsnax being free on PS Plus for PS5 players at launch, there’s no reason not to try it if you’re a subscriber.“

“More importantly, while not explicitly marketed towards children, I worry how those who do end up playing it are going to come away from this. Bugsnax has PEGI and ESBR ratings of 7 for mild violence, which I simply don’t agree with for its ending alone, and isn’t that a strange thing to have to say. Bugsnax is a pleasant little gem of a game, but I don’t think I’ve ever encountered another title that came so close to ruining it all for me so close to the finish line.“

Bugsnax releases for PC, PlayStation 4, and PlayStation 5 on November 12th. What do you think? Are you curious to check out Bugsnax for yourself, or are you just going to snag the game for free while the PlayStation Plus deal lasts? Let us know in the comments below and be sure to follow Don’t Feed the Gamers on Twitter and Facebook to be informed of the latest gaming and entertainment news 24 hours a day!