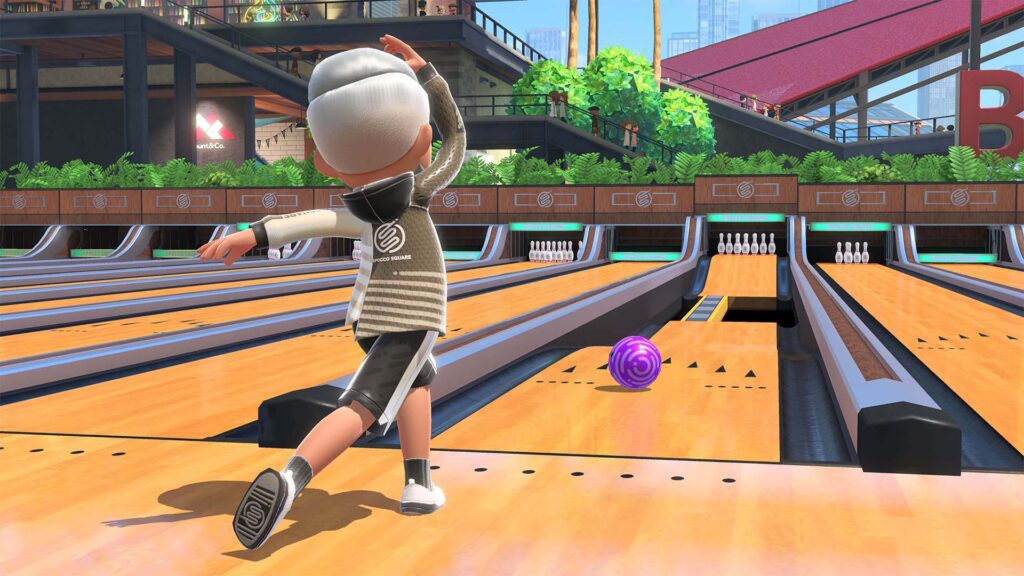 Harkening back to the casual era of the Wii, Nintendo Switch Sports was announced only a few weeks ago, but has already landed on Big N’s latest hardware. Touting online multiplayer, the base game comes with a lineup of 6 available activities – Tennis, Bowling, Chambara, Soccer, Badminton, and Volleyball – with the opportunity for more to show up as DLC, the stage seemed perfectly set for a realized resurgence of Wii Sports in the modern era.

However, now that Nintendo Switch Sports is out in the wild, how is the game actually fairing with critics? Does it earn an easy ace or a lowly gutter ball? Well, according to emerging reviews, the consensus is decidedly mixed to positive, with many outlets commending the throwback for its simple controls, fun atmosphere, and pick-up-and-play mentality. However, some have also taken issue with the game’s limited scope, particularly its long-term viability and uneven minigame lineup.

A round-up of reviews can be read below. It’s worth noting that all pre-release reviews for Nintendo Switch Sports were written before the game’s online mode went live, and were, therefore, unable to test the game’s internet-enabled features.

“As much fun as it is to see Nintendo Switch Sports bring back some of that Wii magic, that party room vibe, it’s hard not to look at this as anything but a missed opportunity. Having all progression and customisation locked to online play feels like a missed opportunity, and although we couldn’t test the online stuff during the review period it’s hard to see how the Wii Sports formula would substantially improve on the same-room formula.”

“All of these games are great in short bursts. It’s only over repeated play sessions that they start to falter. To that end, your enjoyment is tied to your playstyle. Will you bust out Nintendo Switch Sports whenever friends drop by or log on? Perfect. You’ll get months of use out of this game. But if you lean too hard on these activities all at once, you’ll be burnt out in a couple of days. On the other hand, if you’ve been pining for a return to the glory days of Wii Sports, this game is perfect for you. You can even use the old-school Miis instead of the fancier character templates. Just remember to keep your living room clear of obstacles. All of this swinging around is dangerous, after all.”

“Nintendo Switch Sports, like Wii Sports and Wii Sports Resort before it, is best played as a party game, broken out for any gathering that needs a quick injection of goofy, active fun. While its sparse mixture of old and new sports varies in quality, Switch Sports largely sticks the landing on what made its predecessors memorable: intuitive motion controls, the ability to effortlessly get a group of people up and moving, and some killer menu music that’s liable to get stuck in your head all day. Just don’t expect to spend a whole lot of time with it before the novelty wears off.”

“Nintendo Switch Sports brings a beloved series onto modern platforms with aplomb. Though some minigames are slightly weaker than others, some impressive standouts – namely Chambara and Football – deliver an exceptionally good time. Better yet, Nintendo Switch Sports‘ £31 price tag is cheaper than most Nintendo games, and that sort of value’s hard to argue with.”

“Nintendo Switch Sports targets this audience, from the retired to the new parents, nostalgic for a type of gaming experience that hasn’t quite been recreated since. These are the final generations widely unfamiliar with modern video game controllers. And for Nintendo, that audience may be more than enough. That said, I do hope younger folks give this game a shot. I think they might once the game’s online mode is available, a place where people under the age of 35 are far more likely to play games. Until I can try those features, though, I’m happy to think of this as Nintendo’s love letter to the old and the old at heart. The company took over a decade to make the game, but maybe they were waiting for folks like me to age into it.”

​What do you think? Are you impressed with how well Nintendo Switch Sports has landed with critics, or do you feel reactions would have been better with access to the game’s online modes? Let us know in the comments below and be sure to follow Don’t Feed the Gamers on Twitter and Facebook to be informed of the latest gaming and entertainment news 24 hours a day!​