EA’s subscription service has added yet another title to the list: the deliciously rogue Battlefield game; Bad Company. Some players loved it for its fresh feel, where other Battlefield fans felt like it was too far of a stretch from the franchise they know and love. Regardless on which side of the spectrum you reside; it’s now available for EA Access members.

How EA Access works is players pay a monthly fee, $4.99 a month – 29.99 for the whole year, and instantly gain access to quite a few membership exclusive persk: Access to the EA Vault to play games instantly including brand new releases, exclusive early access to upcoming titles, free trial periods, 10% discount on games, and more. To learn more, or to sign up, you can check out the Origins subscription service here.

“Throw out the rules of engagement, this is all-out war! Built from the ground-up for next-generation consoles using Digital Illusions’ bleeding-edge Frostbite game engine, Battlefield: Bad Company drops gamers behind enemy lines with a squad of renegade soldiers who risk it all on a personal quest for gold and revenge. Featuring a deep, cinematic single-player experience loaded with adventure and dark humor, the game delivers the series’ trademark sandbox gameplay in a universe where nearly everything is destructible.” 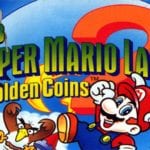