Today saw the likes of Xbox and Bethesda come together for a low-key presentation several days after the two companies made their marriage official. While Microsoft wasn’t expected to drop any major announcements, it appears fans of team green’s platform received the news that 20 Bethesda games are officially coming to Xbox Game Pass. To make matters more exciting, this considerable line-up is coming to the subscription service tomorrow (as of writing)!

The full extent of additions was laid out in a comprehensive Xbox Wire post, which confirmed a total of 20 Bethesda-owned titles are joining Xbox Game Pass across Console, PC, and cloud. While not all mentioned games are new to the service — Dishonored 2, DOOM Eternal, The Elder Scrolls Online, The Elder Scrolls V: Skyrim, Fallout 76, Fallout: New Vegas, RAGE 2, and Wolfenstein: Youngblood were already available — it does introduce some awaited favorites like the original Dishonored, Prey, and Wolfenstein: The New Order. Check out the list below.

Since Bethesda became part of Xbox, a massive migration to Game Pass like this has been all-but expected, especially as the company has leaned heavily on the service upon the launch of its next-gen consoles. In addition to these Bethesda games coming to Xbox Game Pass, a handful were also teased to benefit from FPS Boost with the Xbox saying they’d “have more to share on that soon.” The future of Bethesda was also hinted at, with more details on that front set to arrive “later this year.”

What do you think? Are you excited to have so many Bethesda games come to Xbox Game Pass, or are you simply waiting for some Starfield news to happen? Let us know in the comments below and be sure to follow Don’t Feed the Gamers on Twitter and Facebook to be informed of the latest gaming and entertainment news 24 hours a day! For more headlines recently featured on DFTG, check out these next few news stories: 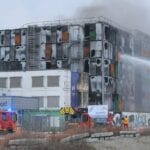 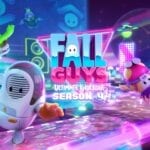