Recently, rumors began to spread that told of zombie maps from Call of Duty of yesteryear arriving in remastered fashion. Many thought it to be a standalone release that included Black Ops III and a whole lot of zombie goodness. Well, thanks to Jason Blundell, co-studio head at Treyarch, it has officially been confirmed that Zombies Chronicles is very real, and it will be arriving sooner than you think. See the details below.

While it is not the standalone release that some may have been thinking, Zombies Chronicles will be a DLC pack for Call of Duty: Black Ops III. It will include a handful of maps from previous CoD installments that Treyarch developed: World at War, Black Ops, and Black Ops II. This was all revealed in a video posted by YouTuber JCBackfire, in which he sat down with Jason Blundell to discus the undead. It was during this chat that Blundell nonchalantly unzips his hoodie to unveil a shirt that holds the key to the truth. Take a look for yourselves, particularly at about the 2:40 mark:

Call of Duty fans should be excited for this because it will breath new life into old maps, and players who began their CoD days post-Black Ops II can experience them for the first time. In fact, listening to Blundell talk about Zombies Chronicles, that was a driving force behind making this DLC pack. Plus, they wanted to see it everything in the current generation of consoles. Hooray for remasters! Here’s part of what Jason had to say:

One thing we realized was that a lot of our fans have come in later, come in at Black Ops II, or even Black Ops 3. So those early storyline concepts, those early concepts that really set down the foundation of Zombies–a lot of people hadn’t experienced them.”

If the past is any indication, this DLC pack either shouldn’t exist, or it should be for Infinite Warfare. Typically, additional content ceases upon the arrival of the next title in the CoD universe, but that just isn’t the case this time. Zombies Chronicles will be arriving for PlayStation 4 gamers on May 16, while Xbox One and PC players might have to wait longer as it has yet to be announced when the DLC will arrive for them. It will include eight maps from previous titles. Here’s the list:

Not much else is known at this point, but more information will be announced on May 8. Be sure to check back in with Don’t Feed the Gamers so you don’t miss out! What say you, gamers? Excited to see the remastered maps of yesteryear? Can’t wait to get your hands on Zombies Chronicles? Drop those thoughts in the comments section below, and don’t forget to follow DFTG on Twitter for live gaming and entertainment news 24/7. If it’s more reading that you’re needing, check out the following: 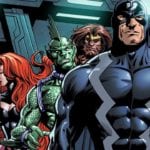 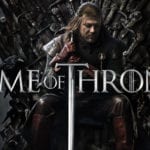