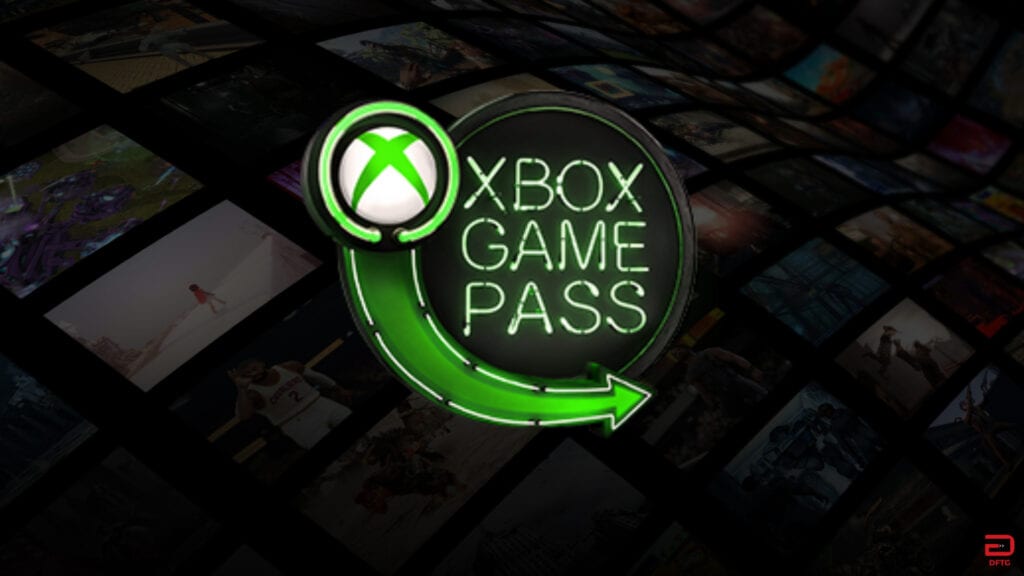 We’re done with January and into February we go! Having successfully completed 2018, it’s another year of announcements and new game releases, including the highly anticipated Crackdown 3! Whether gamers just got started on a recurring subscription service or renewed theirs, another month means a line-up of fresh titles to try out. Members of the Xbox Game Pass are in for a treat this month with 6 new experiences with such ones as Shadow of the Tomb Raider, the first season of The Walking Dead, an upcoming launch, and more. Check them all out below:

Shadow of the Tomb Raider

The climactic finale to Lara Croft’s origin story has arrived on Xbox Game Pass. A dangerous and mysterious organization known as Trinity sends Lara on a thrilling action adventure through deadly jungles, treacherous underwater caves, and the most challenging tombs in the game’s history. To survive, she’ll have to become one with the jungle, use the environment to strike her foes quickly and quietly, sow fear in their ranks, and discover what it really means to be the Tomb Raider. (February 7 – Xbox One X Enhanced)

Play as Lee Everett, a man with a criminal past given a chance at redemption — protecting a young girl named Clementine during a zombie apocalypse. Explore stunning comic book style environments, solve puzzles, fight the undead, build relationships, and do whatever you can to keep your humanity in a world gone to hell. Every choice is on the clock, every mistake will be your own, and the consequences carry across the entire five episode series. (February 7)

Jump on the pedals and hit the ramps in this momentum-based trickathon. Pumped BMX Pro features more levels than ever, each with their own set of challenges for you to smash. Choose one of the pre-designed bikes; or ride to the editor to create your own custom bike before smashing the global leaderboards and your friends scores. (February 7)

Become a master of color in the 3D platformer de Blob. Equal parts amorphous blob of paint, struggling artist, revolutionary, and juvenile delinquent, de Blob’s goal is to replace the drab, lifeless gray coloring that the I.N.K.T. Corporation has imposed on Chroma City and its inhabitants. Flip, bounce, and smash your way past a diabolical array of hot plates, electric shocks, and ink turrets. Compete to control Chroma City solo or with up to four players via split-screen across eight unique and challenging multiplayer modes. (February 14)

Batman: Arkham Asylum and Batman: Arkham City, the first two games in the iconic Batman Arkham series, are coming to Xbox Game Pass in this comprehensive compilation that includes the definitive edition of each game, complete with all post-launch downloadable content. In Batman: Arkham Asylum, journey into the depths of Gotham City’s high security psychiatric hospital and battle supervillain inmates who have taken over the Asylum. Then go soaring into Arkham City, a super-prison built to contain Gotham’s worst criminals in Batman: Arkham City, one of the most critically-acclaimed games of all time. (February 21 – Xbox One X Enhanced)

A throwback with all the ingredients that made the series a fan favorite. Over-the-top and crazy antics will have you stopping crime as a super-powered agent of justice in a comic book inspired playground of mayhem and destruction, either solo or co-op with a friend via Xbox Live. Then hop online and get in on in the Wrecking Zone, where unprecedented destruction meets amped-up action. Level the entire battlefield with fully-destructible arenas, take out competitors by bringing down bridges, and soar through the air with a series of jet jumps and flying fists. Don’t let little things like walls and buildings stop you from going exactly where you want to go. It’s 5v5 mayhem across three maps and two modes. Arrives February 15 with Xbox Game Pass and globally on Xbox One and Windows 10 PC as an Xbox Play Anywhere title. (February 15 – Xbox Play Anywhere Title / Xbox One X Enhanced) 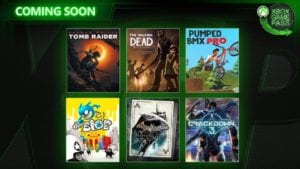 In addition to the arrival of Shadow of the Tomb Raider for Xbox One owners, the Definitive Edition of said game just released last month. For those teetering on the edge of another video game purchase, it certainly doesn’t hurt to try it out with the Xbox Game Pass. Plus, if you get bored, there are plenty of others to try out. Are you prepared for Crackdown 3 and Shadow of the Tomb Raider? Which of these games are you going to dive into first? Let us know what you think in the comments section below or start a conversation on Don’t Feed the Gamers Facebook page. To stay up to date on gaming and entertainment news as it happens, follow us on Twitter! Here are some of our latest: 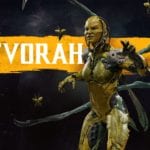 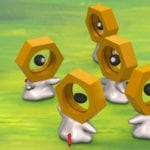