Are you into erotic comedies about social manipulation and crossdressing or girls tying up girls? If so, perhaps the visual novel Ladykiller In A Bind (Ladykiller) is for you. The full title for the game is My Twin Brother Made Me Crossdress As Him And Now I Have To Deal With A Geeky Stalker And A Domme Beauty Who Want Me In A Bind!! is a tad bit longer but also gives more insight as to what players can expect. Ladykiller isn’t something that you’d come across often when browsing Steam but never the less it’s headed to the the gaming platform soon according to designer Christine Love who earlier this week announced that the title will “be available—fully uncensored and unedited”.

Just to give you an even deeper sense of the game’s story, see the official synopsis below which seems to be simultaneously completely absurd and utterly intriguing at the same time:

Forced to pretend to be her twin brother on a cruise ship full of his classmates and enemies, the Beast finds herself thrown into a game of complex social manipulation, as well as literal bondage. Can you win enough of their votes to get back the Beast’s motorcycle? Will you get locked up in cargo for doing too unconvincing an impression of the Beast’s brother? Or will you just spend the whole time brazenly getting the Beast’s pussy wet?”

The game also boasts several features under the Steam description as follows: 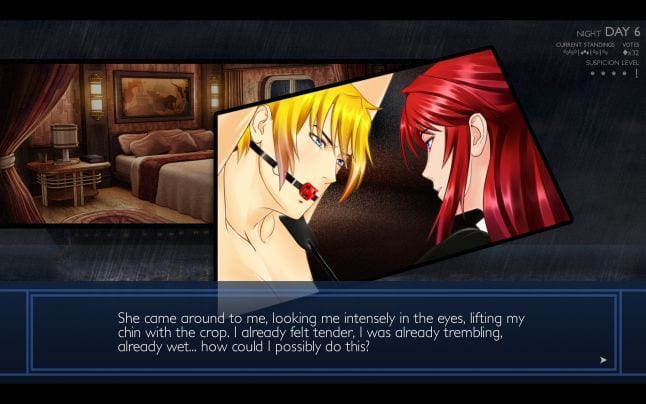 If recent reviews of the game are any indication, then the sex angle of this title is but a small component of what makes Ladykiller so enjoyable. “The greatest pleasure of Ladykiller in a Bind is interacting with an incredible cast of characters. Trying out all the dialogue choices in order to see different, often overblown, reactions is just fun. From a ridiculous setup to awkward cast of teens, nothing about the game feels grounded in reality. That’s what allows players to truly jump into the world unrestricted from traditional hangups. It’s a safe way to explore and enjoy making choices many would never be comfortable with in reality” says Hardcore Gamer and “The game oozes a magnetic confidence, from its sound design to its narrative tone—which is at once playful and intelligent” cites Kill Screen. The visual novel Ladykiller In A Bind will be available via Steam on January 9th. 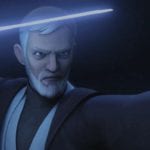 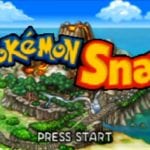