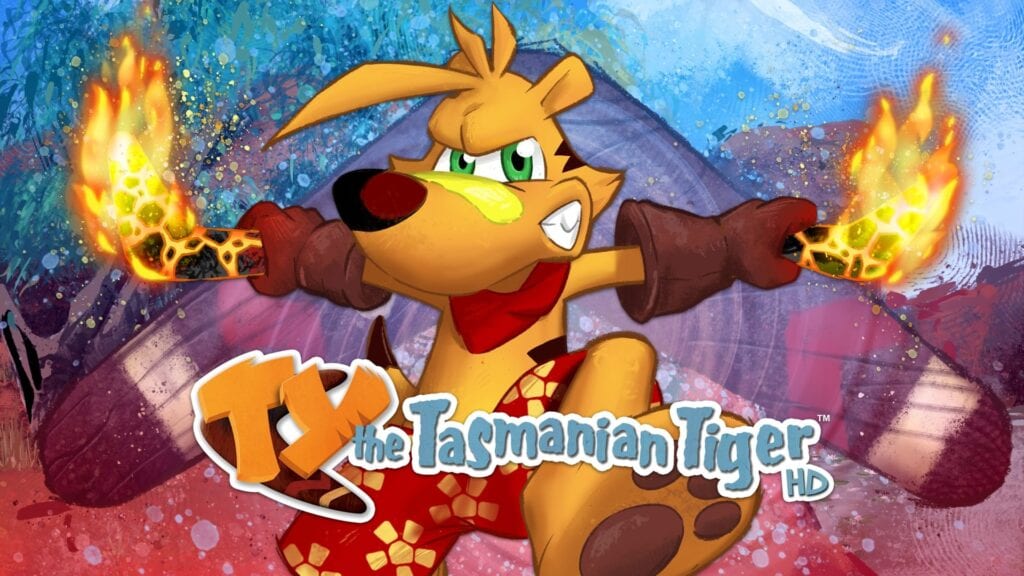 While not quite reaching the longevity of Crash Bandicoot or Banjo-Kazooie, the Australia-themed title Ty the Tasmanian Tiger managed to gain a sizeable following back in 2002. The Krome Studios-developed release saw several sequels starring the boomeranged hero, but the series ultimately never made it to modern-gen consoles. However, over the past few years, it appears Krome is on a mission to remedy that fact as a remastered version of the original Ty the Tasmanian Tiger is now available for Nintendo Switch.

As per the game’s Switch listing, the new Ty HD remaster features the game’s original 17 levels set in the Australian Outback as well as 13 different boomerangs for players to utilize during their adventure. Several improvements are also sprinkled throughout the game such as updated visuals, an increased 60fps, as well as an Audio Director’s cut and a new Hardcore Mode for the more skilled players among us. Check out the port’s gameplay trailer below alongside an official description.

STONE THE CROWS! Are you ready to explore the wilds of the Australian Outback in this remastered version of the classic game, TY the Tasmanian Tiger? Join TY on a RIPPER of an adventure to free his family from the DREAMING and stop the nefarious evil genius BOSS CASS from removing mammals from the top of the food chain. To help you on your quest, you’ve got a BEAUT arsenal of boomerangs, sharp teeth, and the help of a few friends! So don’t be a galah – let’s head down under, and have a CORKER of a time! BEAUTY, BOTTLER, BONZA!”

This isn’t the first inkling of the classic platformer’s return as Ty the Tasmanian Tiger had previously released on Steam on the back of a successful Kickstarter campaign. This past week finally saw the promise of more platforms fulfilled with PlayStation 4 and Xbox One versions also confirmed to be on the way. These particular ports are teased to have full Achievement/Trophy support as well as the ability to play in 4K resolution. Neither versions currently have a release date but are assured to have more news soon now that the Switch version is out in the wild.

Ty the Tasmanian Tiger HD is available now for Nintendo Switch and PC.

What do you think? Are you happy to see the original Ty come back, or are you just hoping an all-new game might spring out of this? Let us know in the comments below and be sure to follow Don’t Feed the Gamers on Twitter and Facebook to be informed of the latest gaming and entertainment news 24 hours a day! For more headlines recently featured on DFTG, check out these next few news stories: