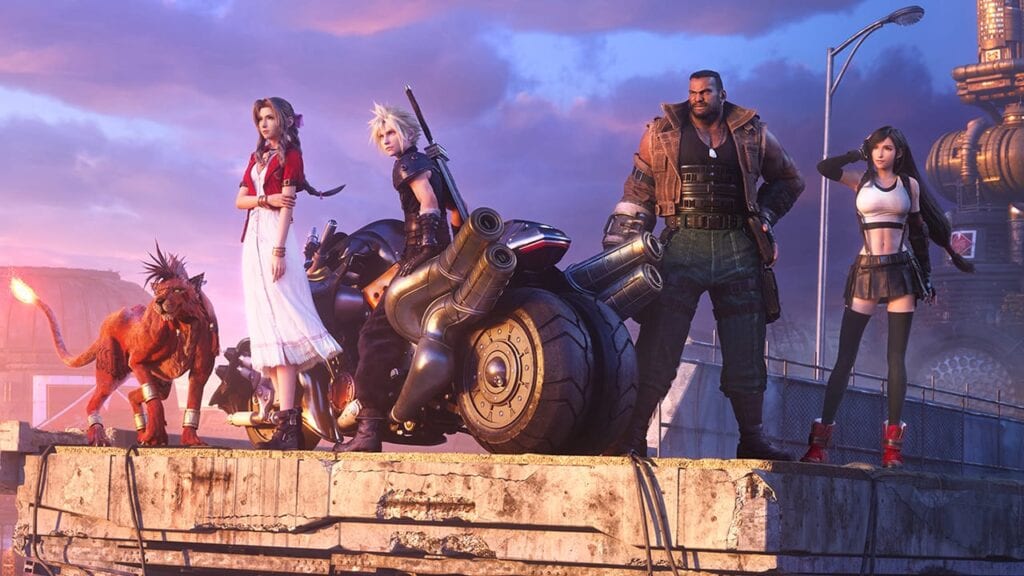 For years, the idea of a Final Fantasy VII Remake had long been relegated to mere myth and legend. However, as the game’s many years in development have shown, the much-anticipated reimagining appears to be very much real. Following sword-wielding protagonist Cloud Strife, players look to have a familiar adventure ahead of them, albeit with immensely-greater depth and visual polish permeating in nearly every respect. Gameplay appears beefed up, characters have received a modern update, and even the game’s world seems infinitely more alive – all in effort to give the beloved original RPG its long-awaited and well-deserved due.

So, with the much-hyped Final Fantasy VII Remake nearly upon us, how is the game actually stacking up with critics? According to emerging reviews, this first Midgar-based entry is being hailed as a stunning retelling of the original game that uses its modernized combat, fleshed-out characters, and ambitious production values to deliver one of the greatest Final Fantasy titles in the series’ history. Though some fans may experience occasional hindrances, it’s said that they aren’t enough to distract from the game’s bold overall vision.

“Taking one of the most genre defining and well-loved games of all time and rebuilding it from the ground up was a tall order, but Square Enix pulled it off with modernized gameplay and a fleshing out of the world and many characters compared to the original. While only featuring a portion of the story fans know and love, Final Fantasy VII Remake still manages to feels like a complete game, yet still part of a larger narrative to come, and will have fans waiting anxiously for the next entry as soon as they finish.”

“Perhaps the best way that I can describe just how much I’ve appreciated Final Fantasy VII Remake is this: The original Final Fantasy VII was my least favourite in the series, but after playing the Remake, on a whim I loaded up the original game. Within the first couple of hours I was already so much more invested in it this time around. Being able to visualise the action of the original through the lens that the Remake has provided me has made the game more vibrant, interesting, and emotionally engaging. I don’t necessarily see FFVII Remake as a replacement to the original game, as remakes generally are. It’s a complement to it, where the developers have built on the world and characters in such a way that it’s like two sides of a single coin – for me, at least, without one, the other doesn’t exist. Making me love the original Final Fantasy VII is something I never thought Square Enix would achieve, but we do live in the strangest times.”

“The expectations around Final Fantasy 7 Remake are sky high, and it mostly manages to deliver. Its combat is top notch, its enemy variety kept me constantly entertained, and seeing this snippet of story fleshed out with real emotional arcs and the previously hidden humanity behind Midgar filled me with pure joy. The boring RPG filler and Kingdom Hearts-esque convolution that was inserted in between did stop my ear-to-ear grin from being constant, but never long enough to kill the mood completely. That leaves this remake as one that still delivered on letting me relive (part of) a classic in stupendous fashion, while also standing as a great RPG all its own.”

“Final Fantasy VII Remake is not what I expected. It’s a grand, ambitious, beautiful experiment, a bold new take on a game that millions of people remember fondly. It sometimes feels shackled by the weight of two decades worth of expectations, but it handles those restraints with aplomb. I certainly can’t wait to see what’s next. As a great man named Barret Wallace once said: There ain’t no getting off this train we on.”

“Measured against the immense expectations that surround it, Final Fantasy VII Remake is a great game that will inevitably disappoint some fans. That said, playing through the Midgar storyline 23 years later is giddily surreal, and the game does a fantastic job of expanding the existing plot, while also pushing a surprising amount of fresh ideas. Some frustratingly poor level design hampers the fun at times, and visually the game is all over the place, but when it’s at its best, Remake is brilliant, and it’s elevated to even greater heights by an excellent combat system. It may not be the perfect remake that we’ve all been dreaming of these past five years, but it is a thoroughly enjoyable, nostalgia-driven ride that understands the magic of Final Fantasy VII.”

Final Fantasy VII Remake releases on April 10th for PlayStation 4, with other platforms planned to arrive one year later. What do you think? Are you excited to finally get your hands on the FF7 Remake, or are you one of the fortunate few that have played it already? Let us know in the comments below and be sure to follow Don’t Feed the Gamers on Twitter and Facebook to be informed of the latest gaming and entertainment news 24 hours a day!