The new survival/sandbox game by developer Funcom is days away from being released on PC thanks to Steam‘s Early Access. They released the newest trailer for Conan Exiles and even though it doesn’t show actual gameplay, it shows us the setting and story. The trailer shines the spotlight on Conan himself, but you don’t actually play as him in the game. In the video, you see him cut a woman down from a cross, they fight a pack of monsters, and then it ends with the woman going through different armor while showcasing the structure in the distance growing and changing.

The random woman is an Exile, and is possible through their character creation. In the game, you will have to survive the world by gathering resources, building up your character and their bases, and fight and defend against other players. Funcom says that the world is more than you would expect.

“In the world of Conan Exiles, survival is more than tracking down food and water. Journey through a vast, seamless world filled with the ruins of ancient civilizations, uncovering its dark history and buried secrets as you seek to conquer and dominate the exiled lands.” 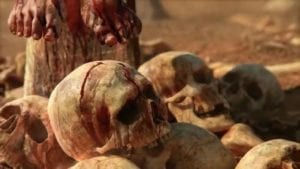 Exiles is coming January 21st and will be part of the Xbox One Game Preview Program in the Spring of 2017. There will eventually be a PS4 release, but no date has been set. What do you think of the game? Plan to buy it? Let us know in the comments below and check out these other trailers for the game below! 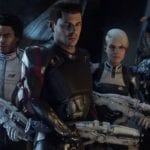 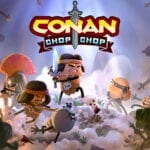 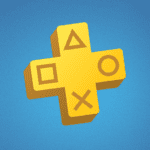