When the Nintendo Switch was announced, it came with a list of third-party developers that got fans excited. Not only was there going to be third-party goodness for gamers to enjoy on the Nintendo Switch, but also some really big names were coming out in support of the Switch. Developers like Ubisoft, Bethesda, and Unity Technologies have all showed their support for the console. This, of course, can lead to the use of the Unreal Engine or the Unity engine on the Switch, which is downright outstanding! One of the latest developers to announce their support, AnyArts Production, has unveiled their creation, Seasons of Heaven, for the console.

First official screens in game reveal of our game "Seasons of Heaven" https://t.co/LAsT1SHkfK

In a Gameblog exclusive, AnyArts released screenshots of the upcoming title. The article is in French, as Gameblog is a France-based company. The article, translated by Google, states that “The title will feature Yann, a boy with Asperger’s syndrome, and his French bulldog Ani. During the game, it will be also possible to switch between the two characters with distinct gameplay sequences.” The game looks absolutely beautiful and is expected to be released as a Nintendo Switch exclusive in 2018. Seasons of Heaven will be run on the Unreal Engine 4, and it is based off of a French book that has the same name.

Another third-party developer, SiMPLiSTiC, has unveiled an early development teaser for their upcoming title, The Sacred Hero. Not much can be gathered from the trailer other than the tone of the game, which seems ominous. A sword, which gamers may find familiar, is protruding from a rock in what appears to be a dimly lit cave. The camera pans up as the music swells, leading to a sun-drenched wooded landscape. The reason gamers may find the sword familiar is because it is from The Legend of Zelda: Twilight Princess. The developers address this, along with the low FPS issue of the trailer, in the comments on the video:

“It has been noticed that many people are complaining about the sword being from The Legend of Zelda: Twilight Princess and the teaser including a low gameplay FPS.

The sword has been used as a ‘placeholder’ due to the game’s early development and we do not plan on using any content from other games or creators without their authorization to do so in the final game, especially Nintendo.

Secondly, there is lag spikes in this teaser due to the game’s early development and how it is not properly optimized yet. The FPS drops will lower as development continues.

The Sacred Hero is set to release in 2018, as well, but unlike the Switch exclusive, Seasons of Heaven, it will be available on the PC, also. The SiMPLiSTiC title is said to be “a unique adventure game that twists the conventions of the RPG genre.” We are getting pretty excited around here for the Nintendo Switch and everything that is coming along with it. Check out the teaser for The Sacred Hero below!

What are your thoughts, gamers? Are you getting pumped for the Nintendo Switch and the goodies that will be coming along with it? Drop us a comment below and let us know how you feel! Before you do that, however, be sure and check this out. There are Dragon Age plushies available and they are adorable! If you haven’t done so yet, you should bookmark Don’t Feed the Gamers because when we bring you the latest gaming world news, we bring it hard and fast! 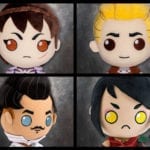 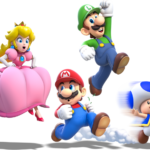