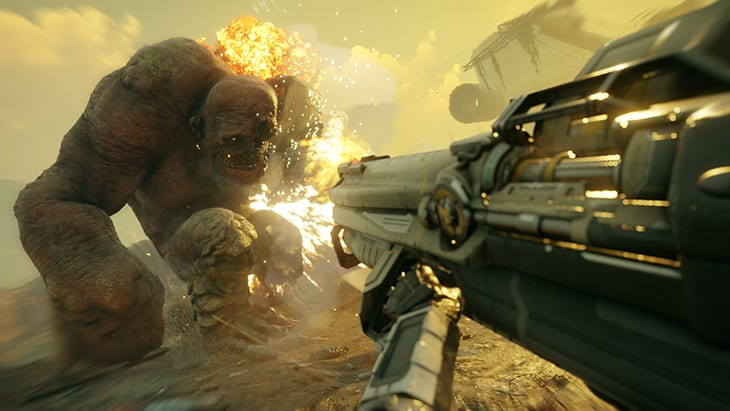 Rage 2 is amping up to be a huge title from id Software and Avalanche Studios. With two developers at the helm, its bound to be an impressive title. Of course, the magnitude does beg the question as to whether or not the title’s structure will be able to outdo its predecessor. Luckily, it seems both teams have things well in hand according to a recent interview with studio director Tim Willits in the Official PlayStation Magazine.

“We had the megatexture technology, and we had the open world, but it was really kind of two different things,” Willits stated. “It was the wasteland, and you then loaded another level, and then you were in your first person combat. Well, that’s all gone now. You’re just in the game. Everything is seamless, and together, and you can engage in combat the way you want. The promise of Rage is delivered in Rage 2.”

This certainly will be well received news for fans. Rage 2 providing a seamless experience will mean players won’t feel pulled out of the game at the loading screen. This will allow for many different gameplay styles. It will certainly be interesting to see how id Software and Avalanche came together to create a seamless experience with such an ambitious leap for the sequel.

For those out of the loop, here’s what Rage 2 is all about:

“Dive headfirst into a dystopian world devoid of society, law, and order. RAGE 2 brings together two studio powerhouses – Avalanche Studios, masters of open world insanity, and id Software, the creators of the first-person shooter – to deliver a carnival of carnage where you can go anywhere, shoot anything, and explode everything.

An asteroid has annihilated 80% of the earth’s population, and humanity’s numbers are dwindling. Ruthless and bloodthirsty gangs roam the open roads and the tyrannical Authority seek to rule with an iron fist. As Walker, the last Ranger of the wasteland and a threat to their power, you have been robbed of your home and left for dead.

Now you’ll have to rage for justice and freedom. With ludicrous vehicle combat, super-powered first-person mayhem, and an open world full of emergent madness, you will tear across an unforgiving wasteland battling sadistic gangs to find the tools and tech needed to crush the oppressive rule of The Authority once and for all.”

Rage 2 is set to arrive at some point in 2019 for PC, PlayStation 4, and Xbox One. Keep it tuned to Don’t Feed the Gamers as this story develops, and for other gaming goodness going on right now, check out the following:

What do you think about two developers working on a single title? Will Rage 2 be a better title than the first? Join in on the conversation in the comment section below! Don’t forget to follow DFTG on Twitter for live gaming and entertainment news 24/7! 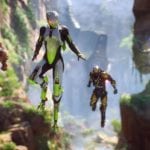 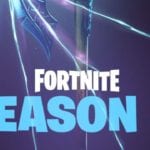 New Fortnite Season 5 Teaser Points To Quite The Interesting Theme