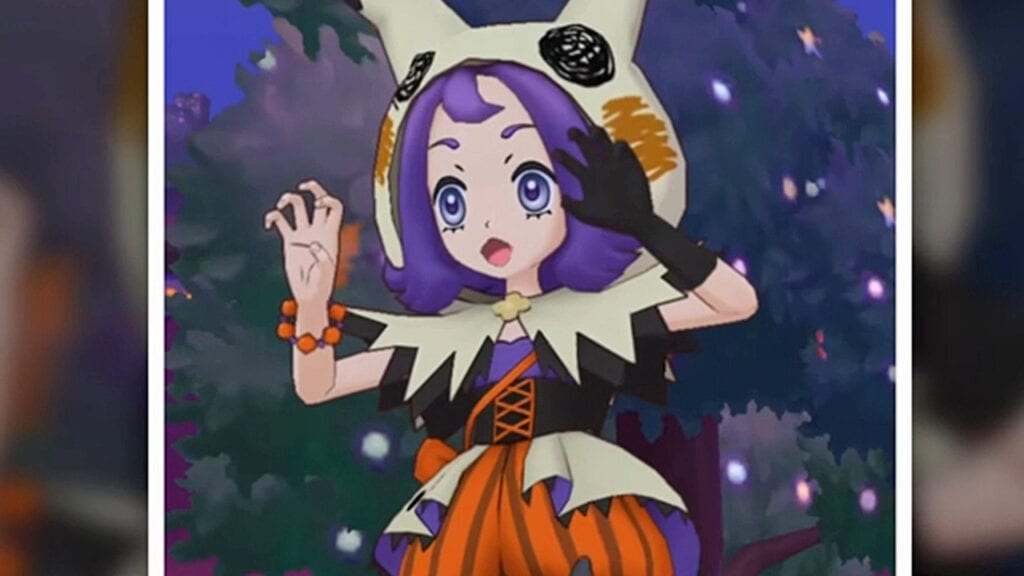 Alongside Niantic’s Pokémon GO, free to play mobile title Pokémon Masters EX currently offers players the means to battle on the go, focusing on the rivalry of other trainers and less-so on GO’s main pursuit of catching ‘em all. With the Halloween season currently upon us, it looks like the fight to be the very best is about to get a bit spookier with the reveal of the upcoming holiday-themed Fight or Fright event.

Announced on the game’s official social media, Pokémon Masters EX is preparing to start the Fight or Fright proceedings “soon” in the form of a new story event. In the post, players are said to have been tasked by fellow trainers Acerola and Hilbert to “collect candy in town while having Pokémon battles!” In the accompanying footage, Ghost-type trainer Acerola is seen dressed in Halloween attire alongside her Mimikyu and challenging the player to a battle. Hilbert similarly threw down the gauntlet while also donning a costume similar in appearance to his Mightyena.

The Fight or Fright story event is coming soon!

In this event, you’re invited by Acerola and Hilbert to collect candy in town while having Pokémon battles! 🎵

The secret phrase is “fight or fright!” 🍭🍫

In addition to these haunted happenings, Fight or Fright will also introduce five-star sync pairs of Acerola & Mimikyu as well as Hilbert & Mightyena through Sync Pair Scout, allowing players the chance to recruit each Poké-team for the cost of 300 Gems. Acerola’s special sync pair move, called “Trick-or-Treat Shadow Claw,” deals Ghost-type damage, even more so if the opponent is in a state of confusion. Hilbert’s sync pair move is a Dark-type called “Bump-in-the-Night Crunch” and could quickly swing the battle in his favor by increasing the chances of a critical-hit attack bonus.

Check out their sync move, Trick-or-Treat Shadow Claw! This Ghost-type sync move’s power increases if the target is confused.#PokemonMasters pic.twitter.com/HMUt0JOzIA

As of now, there is no public date listed for Fight or Fright’s addition to Pokémon Masters EX, however, the event is almost sure to start before the Halloween season ends. This latest seasonal event is one of only a handful to be celebrated since the game’s 1-year anniversary, which saw Pokémon Masters officially renamed to Pokémon Masters EX along with the promise to continue rolling out all-new content updates and events. As Fight or Fright also marks the game’s first celebration of Halloween, it appears fans may be able to expect even more themed Poké-fun in the coming months.

Pokémon Masters EX is out now for Android and iOS devices.

What do you think? Are you excited to take part in the Fight or Fright spookiness? Let us know in the comments below and be sure to follow Don’t Feed the Gamers on Twitter and Facebook to be informed of the latest gaming and entertainment news 24 hours a day! For more headlines recently featured on DFTG, check out these next few news stories: