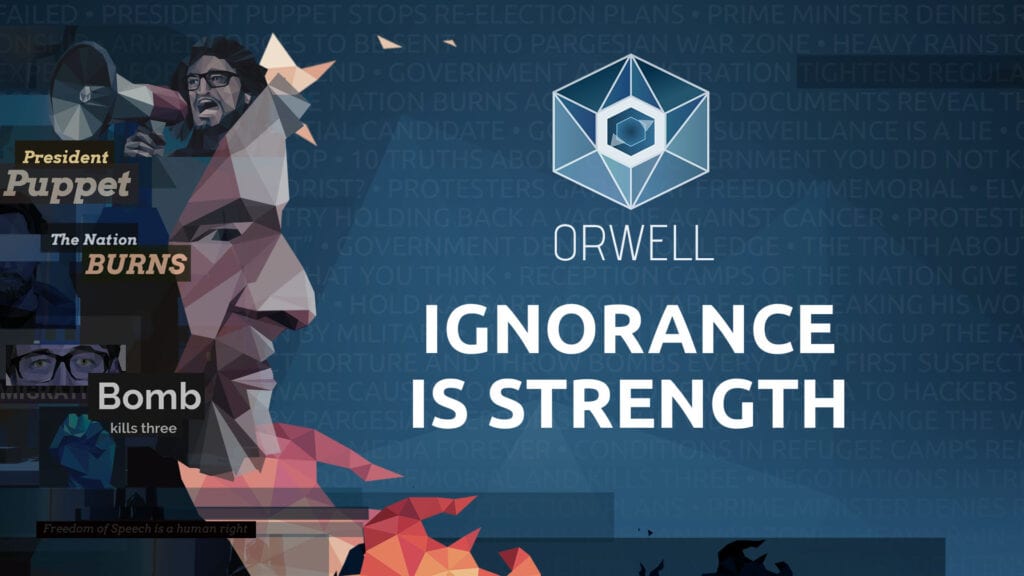 Taking inspiration from the circulation of “fake news,” Osmotic Studios is constructing an even deeper and more intense game than their first. With an abundance of Orwellian themes, Orwell Ignorance Is Strength is seeking to dive into a deeper and darker world than the previous game. A new trailer is out for the second installment, revealing the story embedded within the story.

The narrative of Orwell Ignorance is Strength sets its sights on fake news and the societal dependence on social media. The player’s job is to sift through the misinformation and uncover the truth hidden beneath the lies. Check out the video below to see just how deep and dark this one goes:

As seen in the Orwell Ignorance is Strength trailer, players are given more control over Orwell with access to new tools and mechanics. Players will impact the game more than ever, now being able to manipulate the narrative in ways that could completely change the story. In a recent press release, the company broke down the game like this:

Inspired by the rise of fake news, social media echo chambers, and the displacement of truth, Orwell: Ignorance is Strength takes on a darker tone than season one. With the power to both uncover and play with “the truth”, players must decide for themselves how far they will go in the service of their country and whether the truth is sacred or ignorance is strength.

Inducted into “The Office”, a top-secret department of the government’s Orwell security program, players take on the role of an investigative agent during a time when civil unrest threatens a major political crisis between the Nation and neighboring country Parges.

Reporting directly to Orwell adviser, Ampleford, players are immediately tasked with uncovering the truth behind the escalating political tension and delving deep into the lives of Raban Vhart, editor of The People’s Voice and self-proclaimed guardian of truth, his wife, Karen, and his brother, Ilya, to uncover their potential involvement.

To assist with their task, players are given greater agency through additional tools and mechanics, providing opportunities to control and impact the narrative. A new “time of day” system puts the player in time-sensitive situations, making who they chose to investigate and when, more important than ever. Players can also research more widely and dig deeper into citizen’s lives, gathering additional information they can use to influence the way events are reported and perceived by the public.”

Overall, Orwell Ignorance is Strength is ramping up to be a dark and dramatic addition to the franchise. Those interested can pick up this game on PC beginning February 22nd with Episode One: Thesis. Two more episodes are slated to release next month; Episode Two: Antithesis on March 8th and Episode Three: Synthesis on March 22nd.

What about Orwell Ignorance is Strength appeals to you? Join in on the conversation in the comments section below! Don’t forget to follow DFTG on Twitter for live gaming and entertainment news 24/7! 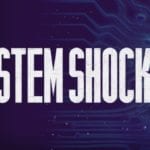 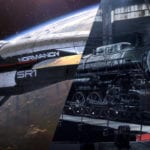