It wasn’t too long ago that it was revealed Criterion would have to set aside the next Need for Speed to help DICE work on the upcoming Battlefield installment. That said, it has now been announced that a reveal of sorts is on the way from the developers at DICE that includes the next entry in the beloved franchise as well as something about a new mobile game.

Taking to the EA website, DICE general manager Oskar Gabrielson outlined what fans can expect in the coming months. According to them, Criterion and DICE LA are helping with development and it happens to be the biggest team that has ever worked on a Battlefield title. What’s interesting is that Gabrielson notes that the next installment is a bold step. “It has everything we love about Battlefield– and takes all of it to the next level,” they said. “Epic scale. All-out military warfare. Crazy, unexpected moments. Game-changing destruction. Massive battles, packed with more players and mayhem than ever before. All brought to life with the power of next-gen consoles and PCs.”

In addition to the new bold game coming to PC and consoles, DICE is working with Industrial Toys to create a new Battlefield title for mobile devices. “Make no mistake, this is a standalone game,” Gabrielson said. “A completely different game from the one we’re making for console and PC, designed specifically for the mobile platform. It’s being built from the ground up by iToys to make Battlefield-on-the-go a reality and you can expect a fully-fledged, skill-based experience.”

There is no exact time for when they plan to reveal anything, but it is expect to arrive “soon.” What we do know, however, is that the Battlefield game for PC and consoles is set to arrive this year, while the mobile title will be launching in 2022. Keep it tuned to Don’t Feed the Gamers as this story develops, and for other gaming goodness going on right now, check out the following:

What say you, gamers? Are you excited to see what the next Battlefield title is all about? What are you expecting to see in the upcoming installment? Sound off in the comments section below, and be sure to follow DFTG on Twitter for live gaming and entertainment news 24/7! 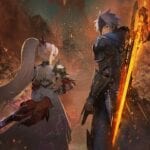 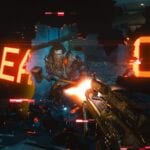