Miyamoto from Nintendo Voices His Concerns About Virtual Reality Gaming

Virtual Reality is taking the gaming world by storm and has gained traction exponentially not just with gamers, but in other fields of science and entertainment. PlayStation, Xbox, PC – these major platforms are all about the VR hype train but Nintendo says otherwise. In a recent interview with TIME, Miyamoto voices his concerns over the virtual reality trend saying that it makes him “worry.”

Virtual Reality isn’t out of the question for Nintendo, per say. When the company debuted titles like Arms, you could see similarities between the technologies that gave fans of VR a sliver of hope that Nintendo would be the next to jump on board with the latest move in gaming. It is possible that this is the next step for the future of the company, especially with the release of an innovative console like the Switch – but it seems that some members of the Nintendo team are not convinced yet that it is the right move. Miyamoto had this to say:

In terms of being together online in virtual reality, I think a lot of the problems have been solved or are starting to be solved. This is something that we’re looking into, too. But when I see people play virtual reality, it makes me worry, just as for example if a parent were to see their kid playing virtual reality, it would probably make them worry. Another issue and challenge that I think everybody faces is how to create an experience that’s both short enough while also fully fleshed out in virtual reality.”

For him, it seems that he just doesn’t believe that the technology is fully there yet, though it has come a long way. With the release of the Nintendo Switch on the horizon come March, there were a lot of aspects to the latest console that fans immediately fell in love with: the different modes, the controllers and their responsiveness, the portability, the new UI – with a growing list of titles, both home-based and third party, there is enough to keep fans excited. Hopefully, time will soften up the team to the idea of Virtual Reality and the combination of technologies can bring Nintendo to an even greater place.

What are your thoughts on Nintendo joining the VR world? Smart move, or have the company focus on one thing at a time? Join in on the conversation in the comment section below and tell us your thoughts on Virtual Reality and the future of Nintendo. Don’t forget to also follow us on Twitter for live updates 24/7 on everything in gaming and entertainment news! 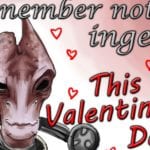 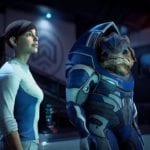