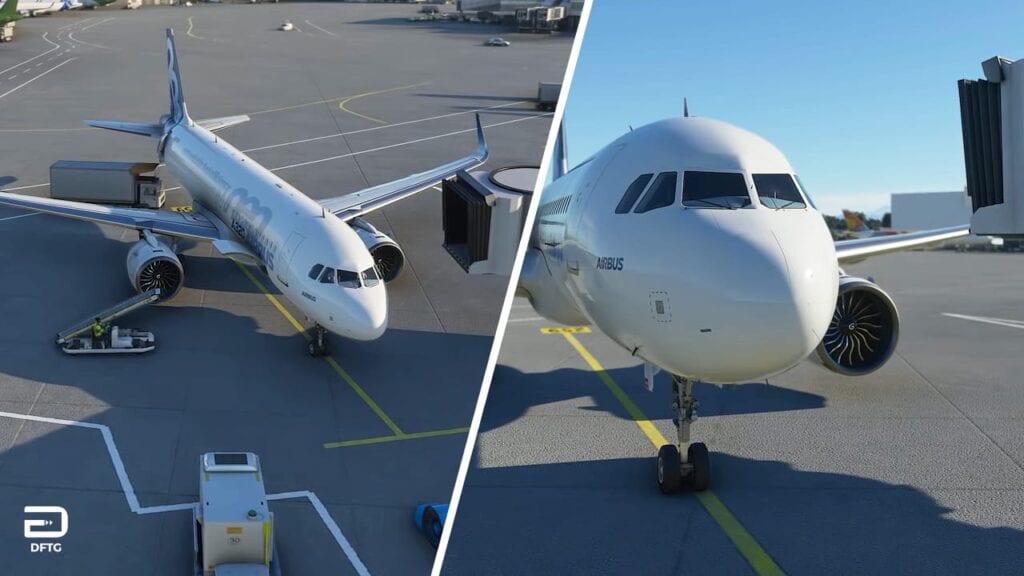 Since being announced at last year’s E3, Asobo Studio‘s upcoming airplane sim Microsoft Flight Simulator has done little else but impress with its incredible photoreal visuals and intricate attention to detail. The developer has seemed intent on delivering the most ambitious and life-accurate entry in the long-running series yet, with the entire topography of the world’s terrain, buildings, and weather effects all being simulated for the aviation-themed title. In a true show of the game’s colossal scale, Asobo has revealed that the final product will also include a recreation of every single airport on Earth.

As part of the latest ‘Feature Discovery’ video for Microsoft Flight Simulator, the studio shined a spotlight on how they managed to feature upwards of 37.000 airports in the game. Initially pulling data from 2006’s Flight Simulator X, the team turned to Bing Maps, utilizing the service’s immense satellite image library to supply a blueprint for the game’s airports. From here, devs carefully scrounged thousands of locations, recording data such as runway terrain, surface markings, and parked planes to achieve greater in-game accuracy. In addition, 80 of the world’s most noteworthy airports were chosen to receive an even greater visual overhaul, matching them more closely to their real-life counterparts.

While Microsoft Flight Simulator features a staggering amount of airports, each location will also include the familiar hustle and bustle of air transportation. Players can see ground crew and various vehicles on duty, with buildings, vehicles, and runways automatically shining with lights when the day turns to night. Services look to also see an upgrade, as jetways connect more accurately with planes and vehicles such as pushback tractors, baggage carts, and fuel trucks all operate with increased realism. Amazingly, each of these services can be altered to behave with custom settings and animations through the use of the game’s SDK editor.

As of now, Microsoft Flight Simulator is still very much in development, though, a playable alpha has been periodically available to select members of Microsoft’s Insider Program. As per the Asobo’s most recent update, quite a few milestones are in store for the game’s foreseeable development roadmap, including new Insider previews, pre-release build timelines, and fresh episodes of the Feature Discovery video series. Fans can expect showcases for IFR (Instrument Flight Rules) procedure and multiplayer coming up in March, with another unnamed entry slated for sometime mid-April.

Microsoft Flight Simulator is set to release later this year for PC and Xbox One.

What do you think? Are you in love with how much detail is in Microsoft Flight Simulator? How do you think the game is taking flight so far? Let us know in the comments below and be sure to follow Don’t Feed the Gamers on Twitter and Facebook to be informed of the latest gaming and entertainment news 24 hours a day! For more headlines recently featured on DFTG, check out these next few news stories: