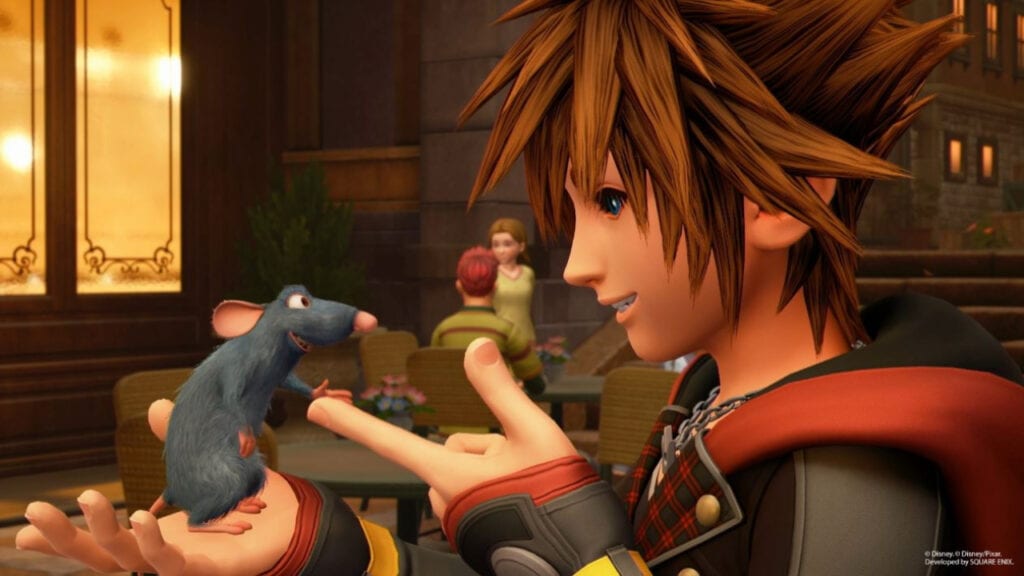 We’re less than a week away from the launch of Kingdom Hearts 3 and Square Enix is excited to show fans what they can expect when it comes time to take on the darkness with Sora and friends. In a slew of brand new screenshots, the world of Ratatouille brings a delightful little chef to the screen. Remy, the rat with the heart of a cook, will appear in Kingdom Hearts 3 as well. It looks like the beloved main character will be cooking up some madness in the kitchen.

In addition, the developers some sweet images of Sora whipping out the Gummiphone to take some adorable selfies with friends throughout his otherworldly adventures. From Monstropolis, Toy Story, and 100 Acre Woods to The Caribbean, there’s a whole worlds to explore and even more allies to befriend. Check them all out below:

🍴 You’ll need to explore and experiment to cook up different recipes in #KingdomHearts III! pic.twitter.com/3KsaYbKW6p

Use the Gummiphone to snap a selfie on the fly in #KingdomHearts III! pic.twitter.com/4StMIDxTzx

These Classic Kingdom mini-games may look humble, but are not to be taken lightly.

Play them through Sora’s Gummiphone in #KingdomHearts III, or get a sneak peek at some in #KHUX now! pic.twitter.com/VmDQERm3u1

To see even more screenshots, logos, and posters, visit the Kingdom Hearts Twitter account above. In other Kingdom Hearts news, did you know that you can play mini-games in Kingdom Hearts? Sora has a near communications device called the Gummiphone, and players can take on some unsuspecting challenges.

It’s just a week away before long-time and new fans of the Kingdom Hearts franchise will join Sora and friends on their heroic feat to conquer evil. Are you stoked to see the team on their last stretch? Which world are you excited to see first? Let us know what you think in the comments section below or start a conversation on DFTG Facebook page. To stay up to date on gaming news as it happens, follow us on Twitter! Here’s some of our latest to catch up on:

Kingdom Hearts 3 arrives January 29th, 2019 for PlayStation 4 and Xbox One. Residents of Japan will see it first on January 25th. 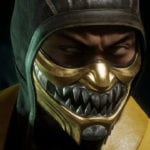 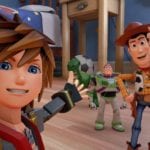