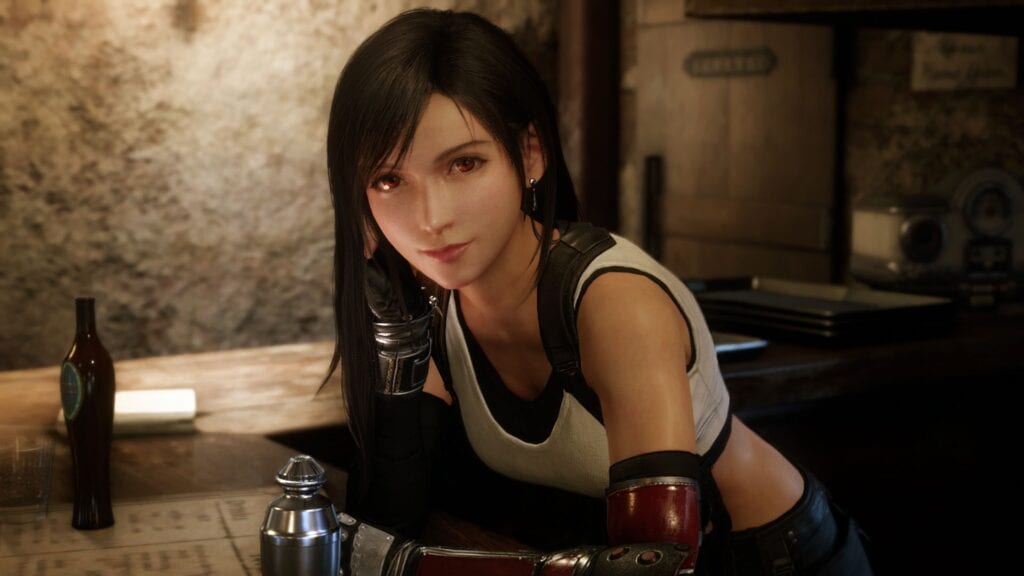 Prior to the release of the Final Fantasy VII Remake, Square Enix announced a collaboration with Butterfinger that saw fans scooping up chocolate bars en masse in order to obtain codes that could be used to acquire exclusive accessories and a special Tifa PS4 theme. The promotion ran from March 3rd to May 14th, and as such said content has been unobtainable for a few months now. Thankfully for those that didn’t partake in the promotion, both the items and the Tifa theme are now available for free.

Square Enix recently took to Twitter to announce that Final Fantasy VII Remake has surpassed 5 million units shipped and digitally sold worldwide, making it the Japanese publisher’s highest selling digital release on the PlayStation platform. In a subsequent Tweet, Square Enix also revealed that the Butterfinger DLC is now available for free through the PS Store.

You won’t have to pay a single gil to download these #FinalFantasy VII Remake accessories from the PlayStation Store, so grab them now! #FF7R pic.twitter.com/BrJtCNYGN5

The items themselves are great to have earlier in the game when gear pieces have very few materia slots. The Tifa theme is also quite nice, so this is great news for those that may not have been able to snag any chocolate bars due to the pandemic or any other reason. For those (like myself) that bought the chocolate bars during the promotion, at least we had the items for our first run through the game.

So, thoughts on the newly free DLC? Let us know in the comments section below, and as always, stay tuned to Don’t Feed the Gamers for all the latest gaming and entertainment news! Don’t forget to follow DFTG on Twitter for our 24/7 news feed!