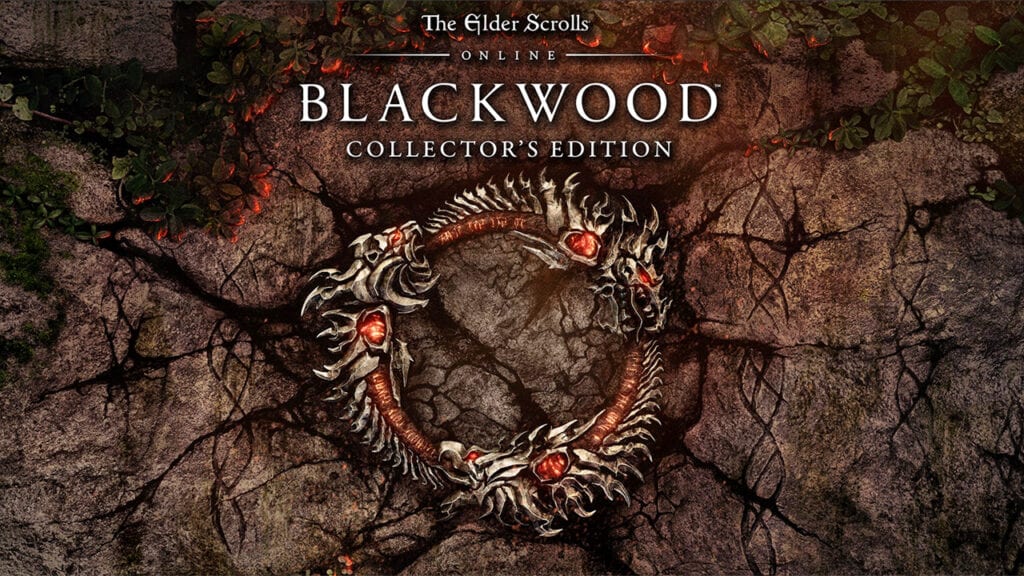 The Elder Scrolls Online is set to venture back to the realm of Oblivion in the newly-announced Blackwood expansion, touting an expansive locale as well as a new wave of story content for players to encounter. Outside the bevy of content headed players’ way, a few special editions are also planned to release alongside the new chapter, unlocking several pieces of in-game content themed around the upcoming Elder Scrolls Online: Blackwood.

As it stands, the Blackwood chapter currently exists in four different editions: an Upgrade, an all-in-one Collection, and a Collector’s Edition for each of these two versions. The Blackwood upgrade is as simple as it sounds, offering all the new content as a readily-available add-on for experienced players. The ESO Collection version of Blackwood includes a great deal more, coming packed with the new Oblivion adventure as well as every other expansion released thus far. This includes ​​the likes of Morrowind, Summerset, Elsweyr, and Greymoor in addition to the base game. 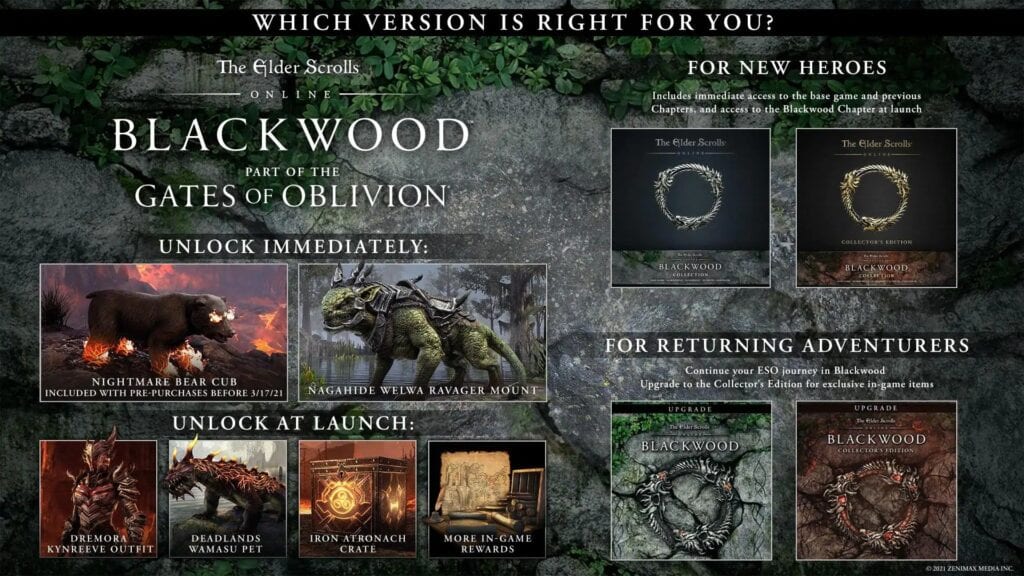 By the looks of things, the Elder Scrolls Online Collection is posed as a stepping-on point for new players, while the Blackwood upgrade is a continuation for those returning to the experience. Alongside these standard versions, each release is also primed for a premium Collector’s Edition, granting access to digital goodies like a Jewel-Feathered Sep Adder pet and the Deadlands Gladiator Outfit. The Collector’s Edition of the ESO Collection ups the ante even further by assembling all previously-released premium content ever included in past expansions as well.

In all, the Blackwood Collector’s Edition includes: 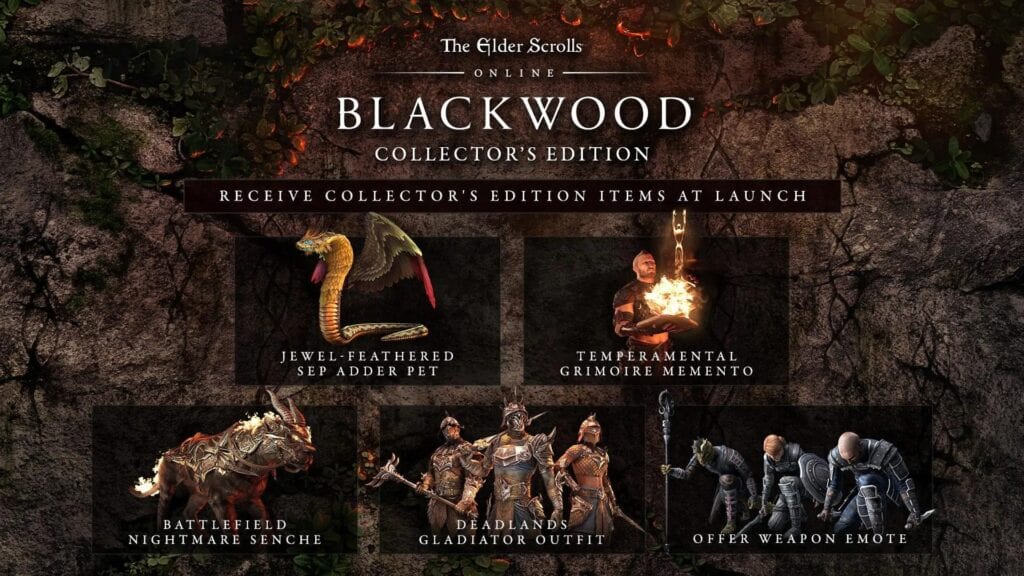 Regardless of which version players get, buying ahead of time gifts a few pieces of worthwhile content for Elder Scrolls Online: Blackwood. The Dremora Kynreeve Outfit and Deadlands Wamasu Pet are assured to be waiting for players at launch alongside itms such as an Iron Atronach Crate, 3 Blackwood Treasure Maps, and 2 Experience Scrolls. Those looking form more immediate gratification can currently gain access to the Nagahide Welwa Ravager mount and the Nightmare Bear Cub pet in-game, though the latter is only available to claim until March 17th.

Pre-purchase Blackwood to get a unique Nagahide Welwa Ravager mount! For a limited amount of time pre-purchases also include the Nightmare Bear Cub pet. pic.twitter.com/6l7tsB5FiS

What do you think? Are you excited to pick up The Elder Scrolls Online: Blackwood? Which edition do you plan on getting? Let us know in the comments below and be sure to follow Don’t Feed the Gamers on Twitter and Facebook to be informed of the latest gaming and entertainment news 24 hours a day! For more headlines recently featured on DFTG, check out these next few news stories: 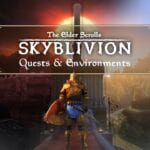