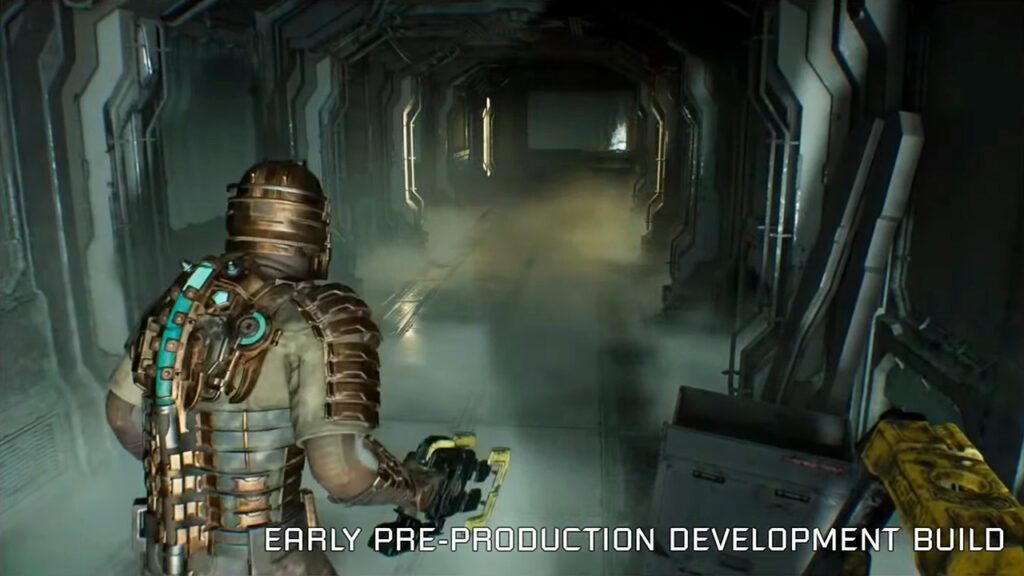 After numerous years of absence, a Dead Space remake was officially announced earlier this summer, with Star Wars Squadrons developer EA Motive Studios officially spearheading the greatly-anticipated project. While the spine-chilling reveal only yielded a short but satisfying first look into the modern reimagining, the developers at Motive have now offered an early look at what’s to come for the all-new Dead Space.

As announced beforehand, the new 40-minute livestream has offered a “very early” look at game footage, showing off a tangible peek at the current state of the title. While not officially designated as “gameplay,” the showcase was meant to give fans a look “behind the curtain,” with senior producer Philippe Ducharme and creative director Roman Campos-Oriola highlighting several design updates featured in an in-progress developer build of the remake.

As seen above, the video shows off various looks at rebuilt character models, several ship environments, as well as a few admittedly gruesome enhancements coming to Necromorph encounters. The footage doesn’t appear to be in a finished state, but is nonetheless impressive for its attention to detail and often-atmospheric aesthetic. Additionally, the two devs expressed the importance of staying true to the first Dead Space, recapturing the look of the original 2008 game, while also building on top of it in a naturally horrific manner.

On top of that, voice actor Gunner Wright notably stopped by the stream to confirm his return as Isaac Clarke in the Dead Space remake. Wright began voicing the character for Dead Space 2 and onwards, notably sitting out the first game due to Isaac being a silent protagonist. While some may have expected the actor’s return, the decision nonetheless highlights the lengths EA Motive is going to bring the original experience into the modern-gen age.

Isaac has something to say. #DeadSpace pic.twitter.com/csOKT6ZCYV

Following the showcase, it marks the first, albeit unfinished, look at the new Dead Space after it was unveiled and came out as the definitive highlight of the big EA Play Live event. Details have been decidedly sparse since the announcement, though, not without a wealth of initial tidbits, with EA Motive boasting next-generation audio and visuals, a notable lack of microtransactions, as well as the return of various original content from the cutting-room floor.

Dead Space is in development for PC, PlayStation 5, and Xbox Series X/S.

What do you think? Are you excited for the Dead Space remake after the new dev stream, or will you need to see a bit more before your hype is sufficiently piqued? Let us know in the comments below and be sure to follow Don’t Feed the Gamers on Twitter and Facebook to be informed of the latest gaming and entertainment news 24 hours a day! For more remake/remaster/reboot headlines recently featured on DFTG, check out these next few news stories: