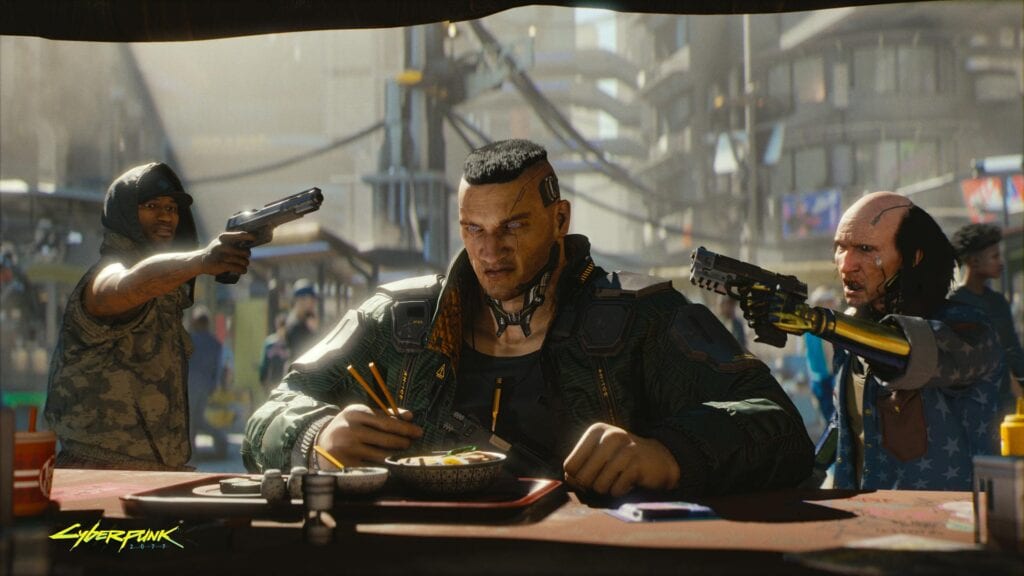 If there is one thing the gaming community was excited to see come out of the press conferences at E3 2018, it was more Cyberpunk 2077. Well, at the end of Microsoft’s Xbox showcase, CD Projekt RED swooped in with the goods. We received a decent look at the world that lies ahead, but not much else. Not that we’re complaining. After all, the footage shown was absolutely gorgeous.

That said, more details are beginning to make their way from the showroom floor of E3 and onto the internet. YouTuber Jesse Cox was excited to come face to face with the Cyberpunk 2077 booth, where he learned a handful of information that clues fans in on what is happening in Night City. In regards to how the gameplay handles in the demo that was showcased, Cox tweeted the following images:

It appears that Night City, the vibrant concrete landscape fans saw in the trailer, is made up of six districts:

It’s also noted that a key gameplay feature in Cyberpunk 2077 is “vertical exploration.” The example provided explains that V’s apartment is nestled in a megabuilding, which has several floors. “Each floor is home to many NPCs, secrets and potential quests.” Once players have left said structure, they can traverse the city by car and motorcycle. Also mentioned is the possibility of vehicular combat, so that sounds fun!

As for the characters in the Cyberpunk 2077, we already know that players will take on the role of V, who was chosen to be female for the E3 demo. “At launch, the game will feature a complex character creation system, including a backstory creator,” says CDPR. Choose between Netrunner, Techie, or Solo (or a combination of the three) and begin your journey through Night City. Here are the characters that are featured in the demo:

It should also be highlighted that Cyberpunk 2077 is a first-person RPG, and not an FPS. After many gamers raised concerns about this very thing, CD Projekt RED chimed in with this:

To all of you asking – you’ll have many opportunities to see your character. It’s going to be First Person RPG, not a FPS. https://t.co/CL3ltfcaAe

Cyberpunk 2077 is without a release date at this time, but when it does launch, it will be coming to PC, PlayStation 4, and Xbox One. Keep it tuned to Don’t Feed the Gamers as this story develops, and for other glorious gaming goodness going on right now, check out the following:

What say you, gamers? Are you even more excited about Cyberpunk 2077 now that you know a bit more about the title? Do you think we’ll be seeing some gameplay in the near future, or is it still going to be some time before that happens? Sound off in the comments section below, and be sure to follow DFTG on Twitter for live gaming and entertainment news 24/7! 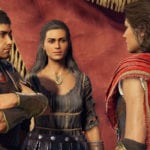 Assassin's Creed Odyssey Will Have Romance Options, Here's How It Works 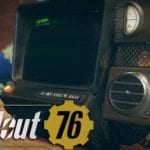