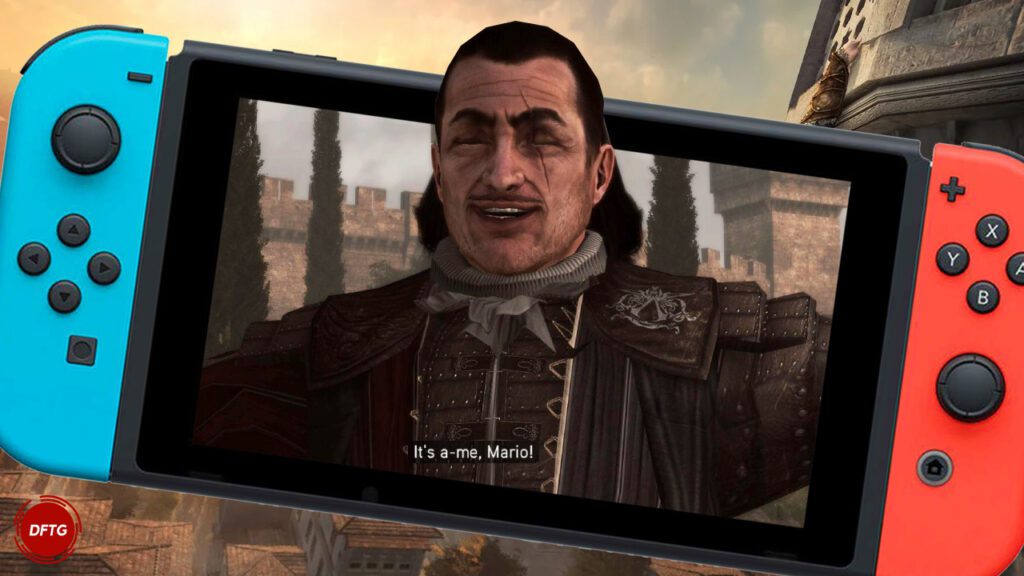 After collecting the globe-trotting Assassin exploits of Ezio Auditore da Firenze for Xbox and PlayStation back in 2016, the epic Assassin’s Creed Ezio Collection is finally coming to Nintendo Switch. Ubisoft revealed the news in a spiffy new trailer highlighting the trilogy of groundbreaking titles included in the package: Assassin’s Creed II, Assassin’s Creed Brotherhood, and Assassin’s Creed Revelations. Check out the trailer below.

As per a new press release from Ubisoft, Assassin’s Creed Ezio Collection will officially release for Nintendo Switch on February 17th, granting players the three aforementioned titles as well as each game’s single-player DLC. Ezio’s two film appearances – the live-action Assassin’s Creed Lineage and animated AC Embers – are also available to watch in the package. Differing from previous releases, the Switch version also comes with a few “enhanced” features such as handheld mode, HD Rumble, touchscreen support, and an optimized HUD.

The Nintendo Switch certainly has an incredible selection of games, but the Assassin’s Creed series isn’t one to grace the platform very often. Assassin’s Creed III and The Rogue Collection (collecting Assassin’s Creed: Black Flag and AC Rogue) were each released for Switch back in 2019, while AC Odyssey, a newer entry, also found its way onto the system in the form of a Japan-only Cloud Version. With that in mind, the Ezio Collection only marks the fourth AC game to release for the system and the first to happen in over two years.

​What do you think? Are you excited to go portable with the Assassin’s Creed Ezio Collection, or are you just fine with your Xbox or PlayStation version? Are you in it just to see Mario Auditore finally say “It’s a-me, Mario!” on a Nintendo console? Let us know in the comments below and be sure to follow Don’t Feed the Gamers on Twitter and Facebook to be informed of the latest gaming and entertainment news 24 hours a day!​