This Day in Gaming History: The Super Nintendo’s Little Brother is Born

October 20th marks the 19th anniversary of the Super Nintendo’s smaller redesign the SNS-101, more commonly known by the catchier name “SNES Mini”. Though not as popular as its older brother, the Mini touted many improvements over the initial design.

The Super Nintendo Entertainment System, or SNES, was arguably the most popular game console in its day. The console’s strong first party titles made the Nintendo hardware an instant success.

Even in 1997, a few years into the 32-bit era of gaming, adoration of the system was still going strong. Predictably, Nintendo saw fit to capitalize on this craze by creating a compact version of the console, as previously done for the original NES.

The new SNES Mini moved the power and reset buttons to he left side and gave the outer shell a streamlined form factor, as opposed to the original’s more angular design. To compensate for the smaller size, the new hardware removed the center cartridge eject button, the rear RF connector, and the useless bottom expansion slot that Nintendo puts on their consoles for some reason.

Which version of the console do you prefer? The nostalgic original design or the sleek SNES mini? Let us know in the comments below! 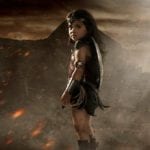 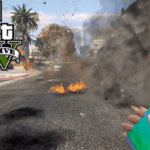