Pillars of Eternity II: Deadfire is killin’ it at the Crowdfunding game! Their campaign is stronger than ever and now they can celebrate yet another huge milestone, they’ve officially surpassed the $ 3 million mark on Fig! The campaign itself for Deadfire comes to an end on February 24th.

In a message to backers and fans alike, the developing team over at Obsidian Entertainment had this to say  in an official update:

Thank you, thank you, thank you to all our fans, backers, and investors for helping us reach the amazing milestone of $3 million dollars! It’s truly amazing that we’ve hit this point. We’re now the campaign with the most backers in Fig history, and it’s due to our amazing fans who, like us, want to make Pillars of Eternity II the deepest, most robust, and most engrossing RPG it can possibly be. We’re so excited to be able to include companion relationships, which we know are going to make the game even more incredible.”

The team behind Pillars of Eternity II still have a few surprises up their sleeve including a “really big announcement” about a “hush-hush game feature”. With only a few days more to go in the campaign and millions of dollars in investors – it looks like Deadfire is going to be an amazing success!

While we have more in the way of stretch goals and — only a few days left to achieve them! — we’ll save them (and a big announcement about a really important, super cool, and heretofore extremely hush-hush game feature) for our next update, which will be coming very soon. For now, we’ll keep it brief and just say thanks.”

The game itself will have a lot of new features, including in-game romance! A little in-game lovin’ was a feature that was glaringly missing in the first Pillars according to the community. Just one more facet to this title for fans to fully immerse themselves in. And just in case you have missed all of our coverage on this sequel, Pillars of Eternity II: Deadfire is a party-based, isometric RPG that is incredibly story driven, includes tactical combat, and an “intricate world design”. It will be available for PC, Mac, and Linux.

Have you backed yet? Are you excited for the next step in the Pillars journey? Join in on the conversation in the comment section below and don’t forget to follow us on Twitter for gaming and entertainment news, including updates on Deadfire, live 24/7! 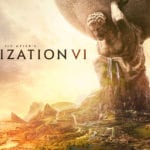 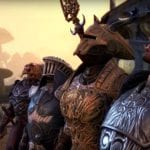 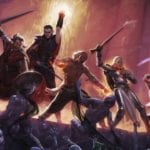 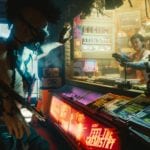 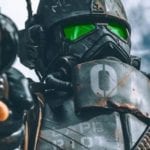 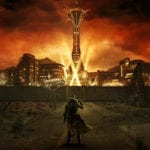