A New World of Gods and Monsters: The Mummy’s First Full Trailer (VIDEO)

Just a couple days ago, Universal released a 15 second teaser for The Mummy reboot. The information given to this point was that Universal is planning on recreating an entirely new story for The Mummy with no tie ins to previous incarnations of the Mummy franchise but with possible tie ins to other future “Monster Movies” they have planned for later release. The teaser got people questioning, now we get the full trailer.

Welcome to the World of gods and monsters.

The trailer opens to a sequence of bored military personnel on a carrier plane transporting a recently excavated sarcophagus. While Annabelle Wallis’ character seems preoccupied with something presumably important, she glances over to a contemplative Tom Cruise going over details of the excavation through flash backs. The peace is broken up by loud thuds on the hull of the plane and the mood quickly changes from boredom to panic and the situation is escalated to a state of emergency.

It becomes clear in the next clip that everything we thought was normal has changed. Monsters, madness, and mayhem ensue as the ominus voice of Russel Crowe introduces the antagonist of the new film, the long buried ancient princess, Amonet. We can tell from the trailer that we are in for an action filled experience full of mystery, ancient evil, and (most likely) a desperate quest to save the world as we know it from being destroyed.

Thought safely entombed in a tomb deep beneath the unforgiving desert, an ancient princess whose destiny was unjustly taken from her is awakened in our current day, bringing with her malevolence grown over millennia and terrors that defy human comprehension.

The movie was written by Jon Spaihts and Christopher McQuarrie and is directed by Alex Kurtzman. Its cast includes Tom Cruise, Annabelle Wallis, Jake Johnson, Courtney B. Vance, and Russell Crowe, and is set to hit theaters June 9th, 2017.

How excited are you for the new Mummy movie and what are you looking forward to most from the new take on an ancient curse? Stay tuned to DFTG for your upcoming gaming and entertainment news, and check out more movie sneak peeks here! 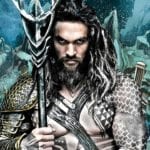 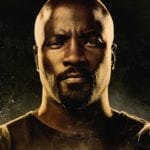 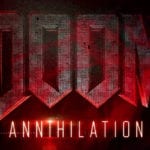 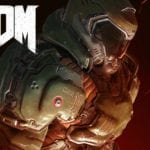