Simon McQuoid will be joining the team toward making a new Mortal Kombat movie, says Variety magazine. His name may not be well-known in the gaming industry in particular, but one of the most acclaimed commercials was for PlayStation’s Long Live Play campaign. It was a campaign by Sony to celebrate the player and general fan-base that promotes the company’s success. It was a campaign that celebrated gamers from “all walks of life” and an effort to let fans know – we wouldn’t be here without you.

Now, McQuoid will be working with James Wan as the director for the Mortal Kombat reboot. Warner Bros. Entertainment hasn’t done so well in the past in regards to this series, in particular. Based on a classic 90’s arcade fighting game, you might take a gander and say, “Oh snap. It has the makings for a dope action movie.” The track record has not been great since the very first movie – which topped at $70 million dollars in the box office domestically. In 1997, just two years later, they tried again. This time, however, it did not turn out so well – with only $36 million.

Unfortunately, due to the poor turnout, Warner Bros. decided to postpone any future projects, at least, until now.

There have been rumors circulating the internet about cast members for the new movie, but none have been confirmed. Perhaps only speculation. Further details on the movie plot and release date have yet to be announced.

I remember playing it religiously at home on the Super Nintendo, and absolutely loved the 2011 release. What do you think about the Mortal Kombat movie coming out? Are you excited? Let us know your thoughts in the comments section down below. We want to hear from you!

In other news, if you haven’t checked out these rad articles, the links are below! Stick with Don’t Feed the Gamers for all your gaming news! 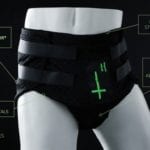