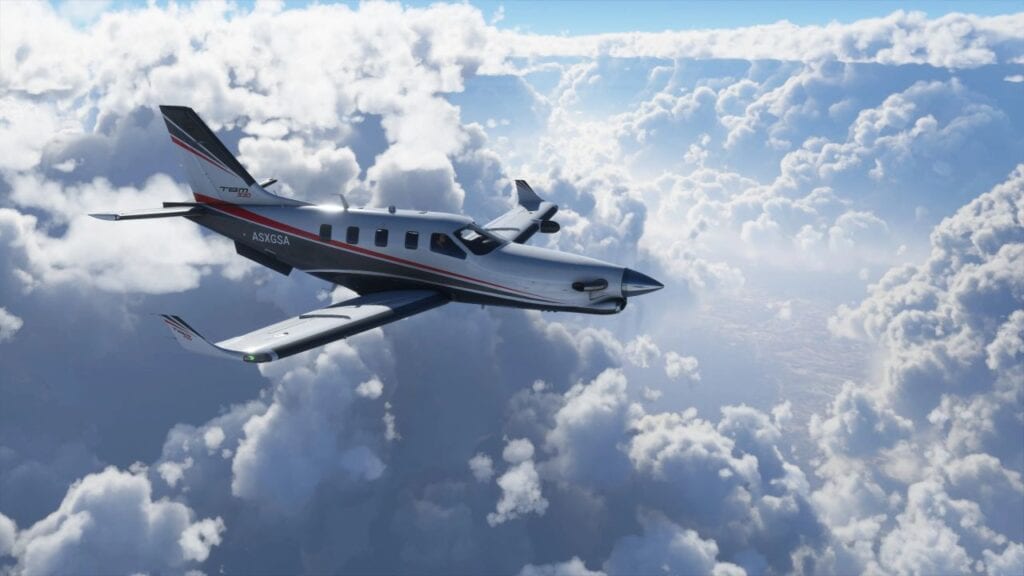 Microsoft Flight Simulator represents one of the most impressive gaming experiences on PC, with the aeronautic emulator boasting some of the most beautiful visuals and largest-scale detail present on the platform. Though reaching some seldom-ascended heights, the acclaimed Microsoft-developed title is also headed to consoles by way of the next-gen Xbox Series X/S. However, by the looks of a recently-discovered rating, it appears a version for the last-gen Xbox One may also be in the works.

According to a recent update on the VSC Rating Board website, Microsoft Flight Simulator appears to be on the way to Xbox One, with the official UK listing rating the console port PEGI 3, a.k.a “suitable for all ages.” In addition to confirming the title for 8th-gen hardware, the listing features a placeholder release date of March 31st, which obviously, has already happened. The only other information gleaned from the site is a notice of “in-game purchases,” referencing the game’s several released pieces of DLC content.

The Xbox Series X/S version of Microsoft Flight Simulator was announced back in December with Microsoft assuring an experience with “the same level of depth and complexity” as the PC version. As the new-gen console sports some particularly capable and PC-adjacent hardware, such a promise would certainly be within the realm of possibility to deliver. However, the port would definitely see a downgrade in terms of the aforementioned depth, but how much so is still a mystery, especially as an Xbox One version isn’t even technically announced.

It’s entirely possible PEGI made a mistake and last-gen is truly off the table for Microsoft Flight Simulator. However, the developers haven’t exactly closed the door on an Xbox One version in the past, as project lead Jorg Neumann said in a January interview with Eurogamer. “Obviously memory matters,” he explained. “Certainly on Ultra settings, you need a big PC – well, that’s a lot, lot more memory than what you had on an Xbox One. So it’s a journey, like most things, you know – let’s get the Xbox Series X and S versions done, and then we’ll look ahead after that.”

We never close doors, and there are other options, though it’s a little bit too early to talk about it.”

What do you think? Would you be interested to see an Xbox One version of Microsoft Flight Simulator, or should the devs simply focus on the Xbox Series X/S versions for the time being? Let us know in the comments below and be sure to follow Don’t Feed the Gamers on Twitter and Facebook to be informed of the latest gaming and entertainment news 24 hours a day! For more headlines recently featured on DFTG, check out these next few news stories: