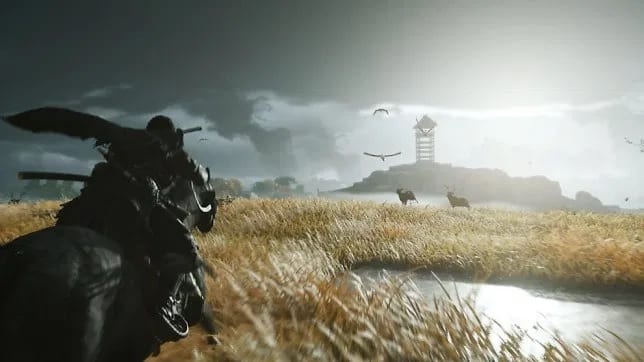 Ghost of Tsushima is shaping up to be the open-world samurai game we always knew we wanted, with Sony’s recent State of Play event offering plenty of reasons to get excited for the Sucker Punch title. While the gameplay shown off during said event featured around 18 minutes of content, developer Sucker Punch has revealed that the footage showed off only a small portion of the map.

In a recent interview with IGN Nordic, Sucker Punch game director Nate Fox spoke more about what was shown during the event. “What you saw in the presentation was some side action in the gam. It was not part of one’s particular story,” Fox explained.

The map has Mongolians everywhere, and the main part will be Jin’s transformation from being a samurai to overtime becoming the Ghost. Next to that story you will meet people that try to survive in the world, with stories that will branch of off the main one. That is what the body of the game is made up off.”

During the initial part of the video we are shown the game’s “Guiding Winds” feature, a part of the nature-focused objective system that helps guide Jin to his next main storyline mission without being forceful about it. During that part of the event we are shown a portion of the map, though according to Fox “the actual map is huge” and it includes a few different environment types to explore. “We want to give enough stuff to keep it electrifying for the player,” Fox said. “We didn’t want to make a huge map and have nothing on it. So it’s packed with people, items and stories to explore.”

Fans will get a chance to explore the huge map for themselves when Ghost of Tsushima releases on July 17th exclusively for the PlayStation 4.

So, thoughts on Ghost of Tsushima thus far? Plan on purchasing it soon, or are you waiting for its likely port to the PlayStation 5? Let us know in the comments section below, and as always, stay tuned to Don’t Feed the Gamers for all the latest gaming and entertainment news! Don’t forget to follow DFTG on Twitter for our 24/7 news feed!