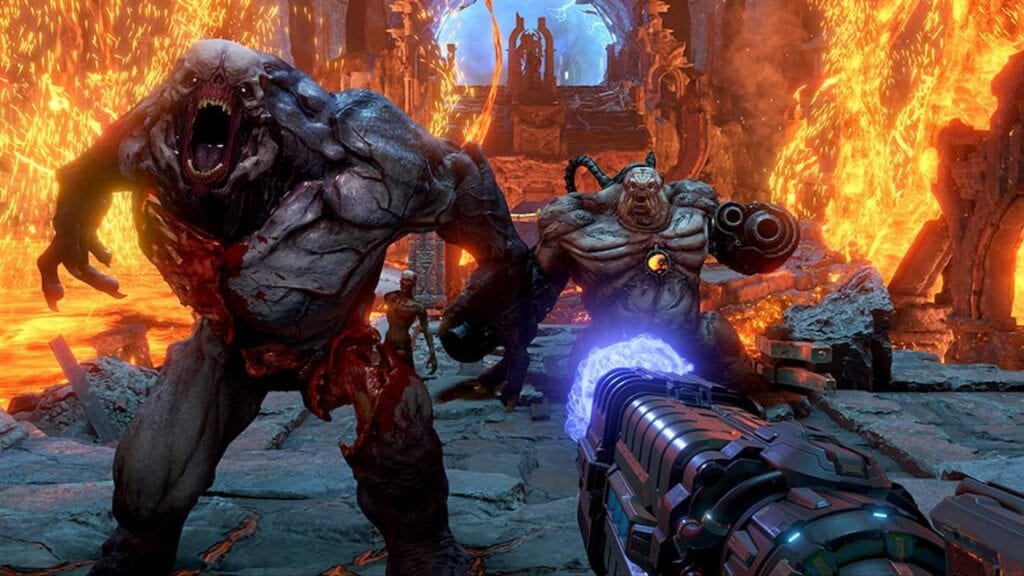 When Microsoft launched their xCloud gaming service, some fans were not particularly thrilled as it was not available on Apple devices. While that’s still being worked out in some way behind the scenes, one determined fan decided they wanted to rip and tear their way through DOOM Eternal on a refrigerator.

Instagram user Richard Mallard recently took to the social media site to share a video of them playing DOOM Eternal on a Samsung smart fridge. They were able to accomplish this by sideloading the Android version of Xbox Game Pass onto the fridge, and before we go any further, yes, Microsoft does plan to bring Skyrim to the subscription service. Skyrim fridge will be a reality.

When operating the Xbox Game Pass app on the Samsung fridge, it runs in portrait mode, but as can be seen in the video above, games run in the proper format. Although, one person replied to the above video suggesting that they turn the fridge on its side to take full advantage of the large screen. After all, who doesn’t want to play DOOM Eternal on the largest screen possible. All the ripping and tearing, just not on an iPad or iPhone.

DOOM Eternal is currently available on PC, PlayStation 4, Xbox One, and apparently Samsung refrigerators. It’ll come to Nintendo Switch one of these days. Keep it tuned to Don’t Feed the Gamers as this story develops, and for other gaming goodness going on right now, check out the following:

What say you, gamers? Are you continually surprised by all of the various objects fans are able to get DOOM to run on, especially when it comes to DOOM Eternal? What do you think we will see the shooter series appear on next? Sound off in the comments section below, and be sure to follow DFTG on Twitter for live gaming and entertainment news 24/7!