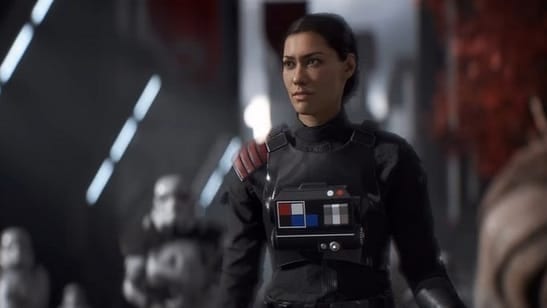 The developers behind Star Wars: Battlefront II think that it makes perfect sense to have a female lead in the game, despite the fact that some close minded fans beg to differ. One Battlefront II dev says that strong female characters have always been what Star Wars was about.

Backlash from fans about leading females in the Star Wars universe is nothing new. Even the actress who plays Rey in The Force Awakens, has been criticized for her leading role in the film. That is why it sadly makes perfect sense that some disgruntled gamers would take offence to a character like Iden Versio being the main protagonist in this game, but Battlefront II dev David Robillard doesn’t understand why. 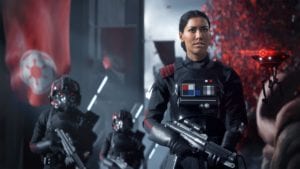 Robillard said in an interview that it’s absurd for a protagonist to be condemned, purely for being a woman. According to him, female characters are an important part of the Star Wars universe and this game should be no different.

“It’s sad that the internet coming to terms with [female protagonists] because Star Wars has always been about strong female characters. And for us, telling an authentic Star Wars story had to go through a strong female protagonist. We wanted somebody who would be bold, headstrong, but also show an emotional side. So it made perfect sense for us that it would be Iden.”

The Battlefront II dev also said that even though he hasn’t personally met Janina Gavankar, who voices Iden Versio in the game, he has heard nothing but good things about her.

“I haven’t worked personally with Janina but my colleague who sits to the left of me at work, he’s been to motion capture sessions and … she’s phenomenal. She’s so enthusiastic, she’s so happy to be working with us. We have a great collaboration with her. She’s always giving 110 percent during our motion and facial capture sessions. I think it shows in the captures that we have. We have captures for cinematic and we have captures for gameplay as well. So when Iden does a melee takedown, that’s Janina doing the melee takedown.”

Star Wars: Battlefront II is set to launch on November 17th for PS4, Xbox One, and PC. What do you think of what the Battlefront II dev had to say? Let us know in the comment section below and then make sure to follow DFTG on Twitter to stay updated on all the hottest gaming and entertainment news 24/7! Have you seen what’s leaving and coming to Netflix? Find out right here! 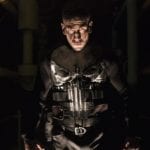 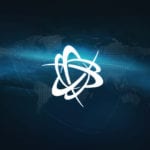