The brand spanking new Playstation 4 Pro console, available for sale on November 10th, gives its players the option to swap out the stock internal hard drive just like you would with the PS3 and the original PS4. The new PS4 Pro system gives select game titles that have the “Pro Enhanced” icon on them, enhanced visuals, and much more.

In case you aren’t familiar with the newest system, the PS4 Pro enhances games with 4K resolution, HDR (high dynamic range), and smoother frame rates. The PS4 Pro also has a more powerful GPU (graphics processing unit) and faster CPU (central processing unit) than past systems. The 4K offers a higher resolution with more pixels that make games look sharper and gives them more detail than ever before. The high dynamic range makes the things on your screen appear “much closer to the way your eyes see the real world”. It will come with a 1 TB hard drive and the suggested price is $399.99. According to Andrew House, President and Global CEO of Sony Interactive Entertainment, whether you keep your old games or buy new ones, Playstation has you covered:

Once the PS4 Pro launches there will be patches made available for download for certain games in order to enhance them. Call of Duty: Infinite Warfare, Days Gone, Horizon: Zero Dawn, and Mass Effect: Andromeda will have PS4 Pro enhancements built into them already. All of the games will run in 1080p resolution even if you don’t have an HDTV that supports 4K. Netflix and YouTube are developing new apps that support 4k compatible with the PS4 Pro.

That’s not all in PS4 news – check out what Sony fans are getting exclusively when the new Red Dead Redemption sequel drops Fall of 2017. Are you planning on buying this glorious new piece of technology? Tell us about it in the comment section below and Check back with Don’t Feed The Gamers for all things PlayStation and more! 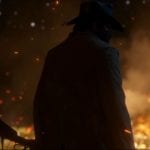 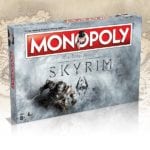