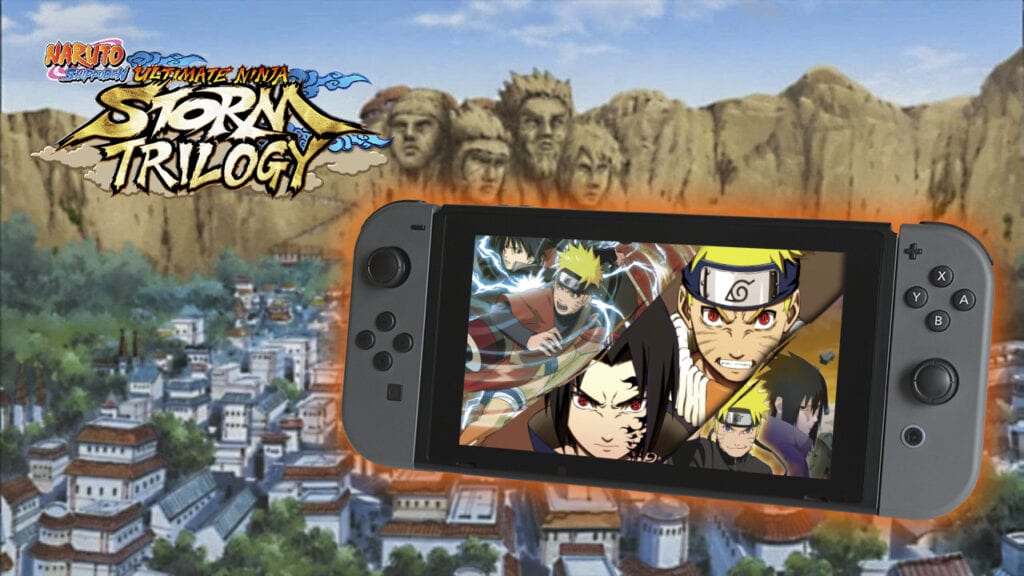 After spending several years on various platforms, it’s time for everyone’s favorite ramen-devouring, determined shinobi to make his way to the hot hybrid console. Bandai Namco has recently announced that the Naruto: Ultimate Ninja Storm Trilogy Nintendo Switch port is happening, which means gamers will be able to work their way towards becoming Hokage on the go!

In the latest issue of Japanese magazine Shonen Jump, it was revealed that the popular series would be making its debut on the Switch. While it doesn’t include the fourth title in the franchise, the trilogy will come with all DLC for the first three installments. Here’s a scan of the page from the magazine (courtesy of ShonenGames): 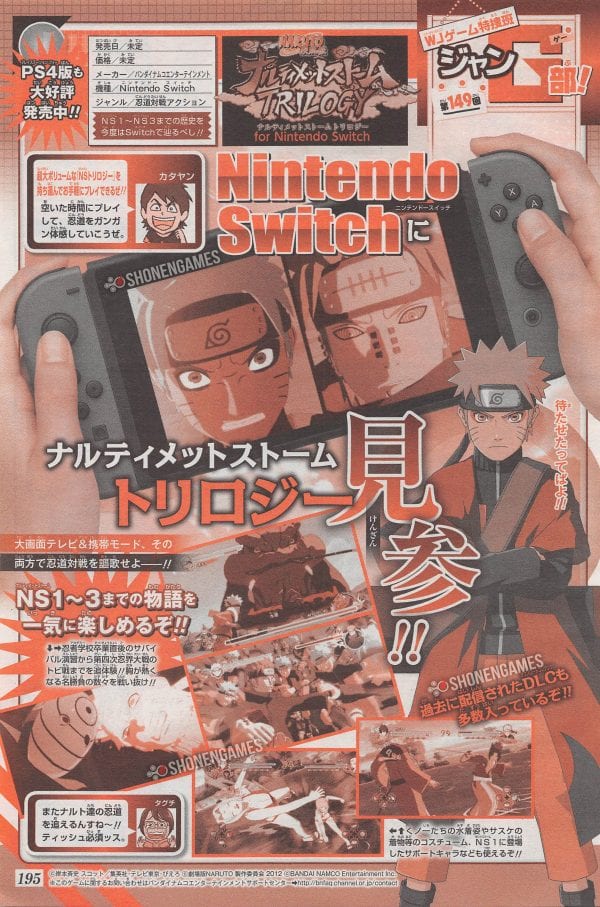 NARUTO: Ultimate Ninja STORM allows players to battle in full 3D across massive environments. Players will unleash powerful jutsu attacks, perform acrobatic evasive maneuvers and even run up walls and over water as they pursue their opponent for ninja supremacy. Players will be able to customize their character’s fighting style and recruit up to two support characters to put their own stamp on the action.

NARUTO SHIPPUDEN: Ultimate Ninja STORM 2 is a tour de force of Naruto thrills and spills. Impressively faithful to the universe of the anime, the game takes players through the Naruto Shippuden story arc with new battle systems enhancing the gameplay. Players must choose the right companions to fight alongside and together unleash explosive Team Special Techniques to lay waste to opponents.

Unfortunately, no release date has been announced, but we do know the port has only been confirmed for Japan as of right now. With how popular the franchise is, we don’t believe it will be too long before we see it appear on the Switch in the US. Keep it tuned to Don’t Feed the Gamers as this story develops, and for other gaming news going on right now, check out the following:

What say you, gamers? Can you believe that the Naruto: Ultimate Ninja Storm Trilogy Nintendo Switch port is finally happening? Will you be finding your favorite bowl of ramen to celebrate the occasion? Sound off in the comments section below, and be sure to follow DFTG on Twitter for live gaming and entertainment news 24/7! 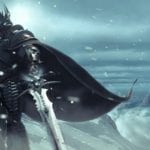 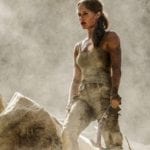