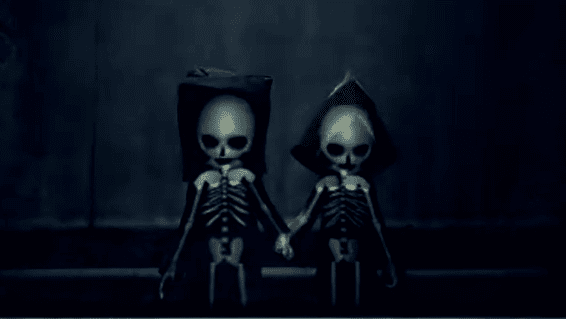 We still have a few months to go before players can get their hands on the highly anticipated sequel to 2017’s Little Nightmares. The game is due out in February 2021, but the devs have decided there was no better time to release a new Little Nightmares 2 trailer than around Halloween, and it is just as creepy as you would expect.

The folks at Tarsier Studios and Bandai Namco have officially released a Halloween trailer for Little Nightmares 2, showing off more of the creepiness that lies ahead for players. The nightmares will surely continue in the next installment, as is evident in the new trailer. The video shows off Mono and Six as they attempt to evade all who want to harm them. Check it out for yourself below:

In addition to the new Halloween trailer, Bandai Namco has also announced the Stay Tuned bundle for Little Nightmares 2. This edition of the game is exclusive to consoles and only available through the Bandai Namco store. It contains the game, a Mono and Six diorama, CD soundtrack, artbook, stickers, steelbook, and a themed TV box. PlayStation 4 and Xbox One players are able to pre-order the Stay Tuned bundle for $49.99, while Nintendo Switch owners can pre-order it for $59.99.

Little Nightmares 2 is set to officially launch on February 11, 2021 for Nintendo Switch, PC, PlayStation 4, and Xbox One, with PS5 and Xbox Series X versions arriving later in the year. Keep it tuned to Don’t Feed the Gamers as this story develops, and for other gaming goodness going on right now, check out the following:

What say you, gamers? Are you excited to dive back into the creepy adventure with the launch of Little Nightmares 2 next year? Will you be buying just the game, or do you plan to get the Stay Tuned bundle? Sound off in the comments section below, and be sure to follow DFTG on Twitter for live gaming and entertainment news 24/7!