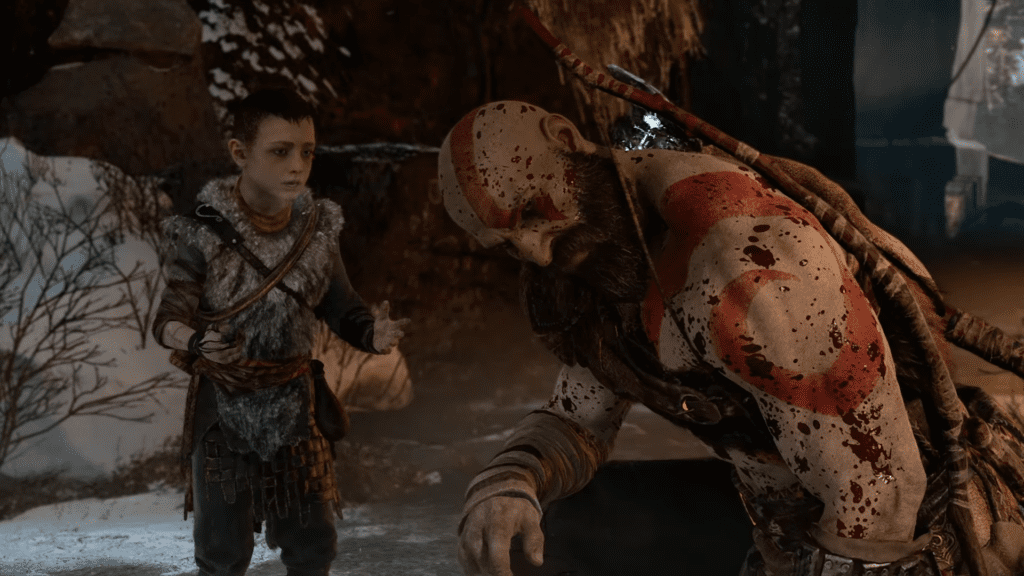 A lot of big reveals came during last year’s E3 conference. One reveal in particular had fans struggling to stay in their seats – Sony and Santa Monica Studios‘ God of War. Not only did we get a brief cinematic trailer, but we got a peek at some of the gameplay and story elements of the forthcoming title. One of the crucial details happens to be that the infamous protagonist has a son. Now, thanks to the keen eye of a fan, Kratos’ son’s name has been revealed.

The discovery of the new information comes from Twitter user Fabiano Banin. He discovered the boy’s name in the comments section of an MP3 file for the game’s Overture, which was the score played during the initial reveal of the title last summer. After posting his findings on Twitter, God of War’s Director, Cory Barlog, confirmed the information and congratulated Banin on the discovery.

It turns out that Kratos’ son is named Atreus. You may be wondering why his son’s name is such a big deal. The name Atreus is of Greek origin, and as fans of the franchise are well aware, Kratos has a long history of going up against the Greek Gods of Olympus. The E3 trailer shows us that Kratos will be facing new beasts and Gods of Norse mythology. Atreus is an obvious link to Kratos’ past, meaning that we may get to see the deities of both Greek and Norse lore interlaced within the new game. From the official website, we are given the brief setting description:

It is a new beginning for Kratos. Living as a man, outside the shadow of the gods, he seeks solitude in the unfamiliar lands of Norse mythology. With new purpose and his son at his side, Kratos must fight for survival as powerful forces threaten to disrupt the new life he has created…”

God of War still doesn’t have an official release date, as of yet, but will remain a PlayStation exclusive. We can expect more to be revealed in the coming months, as this title is one of the most highly anticipated PlayStation 4 games announced last year. Are you looking forward to the release of God of War? What do you think of the new setting for Kratos and his son? Do you think Kratos’ son’s name holds any special meaning? Sound off in the comments section below and stay tuned with DFTG for all of your gaming news.

The Xbox Home Button is Getting a Change Up From Microsoft